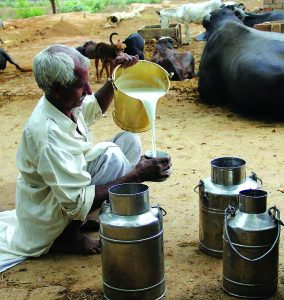 “The Unsafe Milk Unveiling the truth of milk that we drink” is the Tehelka Cover Story in this issue. When sometime back, the World Health Organization (WHO) issued an advisory to India saying “If adulteration isn’t put to a stop, a large chunk of India’s population would be suffering from serious and fatal diseases like cancer by the end of 2025”, it was expected that measures would be taken to check adulteration. But nothing seems to have changed.

The milk that we drink is adulterated with detergents, caustic soda, hydrogen peroxide that is used in bleach, urea that is commonly used in fertilizer, aflatoxin and paint. The nationwide survey conducted by India’s food regulator Food Safety and Standards Authority of India (FSSAI) covering all Indian States and UTs has shown that about 41 per cent samples, fall short of one or another quality parameter.

The data released by the Federation of Indian Animal Protection Organization (FIAPO) is equally alarming and its investigative report reveals that cows raised in dairies across India are treated like milk-producing machines, pumped with antibiotics and hormones to produce more milk. The result is that humans who drink milk are more susceptible to developing heart disease, diabetes, cancer, and many other ailments.

The “Operation Flood” launched in 1975 brought a ‘White Revolution’ catapulting India as the largest producer of milk raising the milk production from 22 million tonnes to current level of 176.3 million tonnes. It sounds good that in India, per capita availability of milk is over 300 grams per day against world average of 294 grams. Unfortunately, however, the human greed has led to adulteration in milk endangering health.

The good news is that at long last, the FSSAI seems to wake up to the stark reality and has recommended stringent punishment to curb food adulteration, including life imprisonment and penalty of up to  10 lakh. The food regulator has proposed amendments to the Food Safety and Standards (FSS) Act.

FSSAI CEO Pawan Agarwal said more than adulteration, contamination was a serious problem as substances such as Aflatoxin-M1, antibiotics and pesticides were found more in the processed milk samples. The FSSAI has  proposed, “Any person adding an adulterant to food so as to render it injurious for human consumption, irrespective of the fact whether it causes actual injury or not, shall be punishable for a term which shall not be less than 7 years but which may extend to imprisonment for life and also fine which shall not be less than 10 lakh”.

At present, the imprisonment is up to three months and fine is up to  one lakh. However, the citizens too have to wake up and detect adulteration with some rapid but cheap indigenously manufactured food testing devices for milk and edible oils that have recently been introduced by the FSSAI.  Its time to reshape the way we think about health! 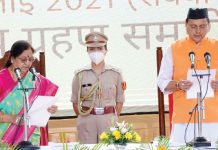