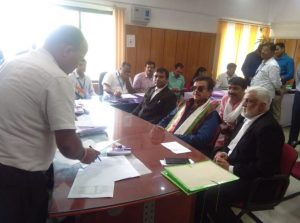 Actor-turned-politician and Congress candidate Shatrughan Sinha on Monday filed his nomination papers from the Patna Sahib constituency in Bihar.

“Today, I filed my nomination as candidate for the Patna Sahib Lok Sabha constituency, as a candidate of the Congress party, and with the support of the MahaGathbandhan partners, in the presence of Shri. Akhilesh Prasad Singh of Congress. I am grateful for the overwhelming,” Sinha tweeted.

Sinha quit the BJP and joined the Congress on April 6. 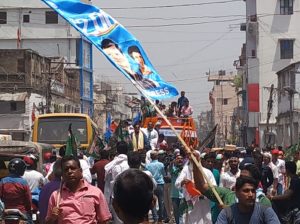 Ahead of filing his nomination, Sinha took out a roadshow in the state capital which saw the participation of hundreds of residents and supporters.

“Huge turnout of supporters, friends and my dear residents of Patna as I moved from my Kadam Kuan residence through the streets of Patna for my nomination. My most heartfelt gratitude to all those who stepped out in my support and joined the procession in our roadshow. Jai Bihar!” Sinha said.

The BJP has fielded Union Minister Ravi Shankar Prasad from the Patna Sahib seat in Bihar.

Patna will go to the polls in the last phase of the Lok Sabha elections on May 19 and the counting of votes will take place on May 23.

‘I am glad schools are opening in Delhi after 10 months’: Manish Sisodia