A Delhi court on Tuesday summoned Senior Congress leader and MP Shashi Tharoor as an accused on July 7 in the case regarding his late wife Sunanda Pushkar’s death. The Delhi Police has charged Tharoor with abetting the suicide of his wife Sunanda Pushkar, who was found dead in a Delhi hotel in January 2014.
Additional Chief Metropolitan Magistrate Samar Vishal took cognisance of the offences of alleged abetment of suicide and committing cruelty by Tharoor towards Pushkar.
“There exists sufficient grounds to proceed against Tharoor for commission of offences of Section 306 and 498 A of IPC. Issue summons to him for appearance for July 7,” the court said.
Reacting to the summons issued, Shashi Tharoor released an official statement on Tuesday evening, it stated:
I have taken notice of the developments in the case being heard by the Hon’ble Judge of the Patiala House Court in relation to the circumstances surrounding the untimely demise of my late wife, Mrs. Sunanda Pushkar Tharoor. As I understand, the court has issued summons against my name and I have been asked to appear before the court on Saturday, 7th July 2018.
I would like to point out that, from the very start, I have fully cooperated with the investigating team and continue to maintain that due legal process must be followed in all aspects related to this case.
I would like to reiterate my position that I find the charges preposterous and baseless, the product of a malicious and vindictive campaign against myself. I will continue to vigorously contest these charges and maintain my steadfast conviction that ultimately the truth will prevail through the judicial system that we are privileged to have in our country.
In the meantime, I would like to request the media to respect my right to privacy as well as that of my family. Given that the matter is sub-judice, I will refrain from commenting on this issue further until such time as the next scheduled hearing of the case.

Zojilla Pass to remain closed for traffic from tomorrow 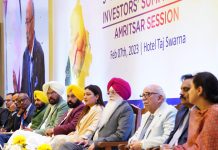