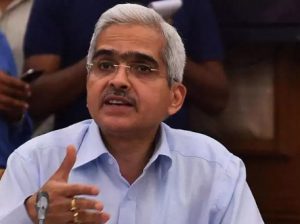 Former Economic Affairs Secretary Shaktikanta Das on Tuesday has been appointed as the new governor of Reserve Bank of India (RBI).

Das, who retired in May 2017, has been appointed for a term of three years. He has become the 25th RBI Governor.

Urjit Patel was appointed in 2016 for a three-year term, which was to expire in September 2019.