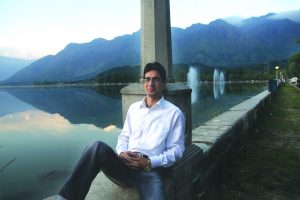 My very first spontaneous reaction to the news reports of Kashmir cadre bureaucrat Shah Faesal resigning from the Indian Administrative Service (IAS) was that of surprise. A pleasant surprise. Mind you, no civil servant opts to resign and that too at the peak of his or her career. It’s one of those rare exceptions. An angry or rebellious civil servant could proceed on long or short leave but wouldn’t really resign from a service that provides absolute power. Of course, not to be overlooked the endless creature comforts that come along.

Also, not to be overlooked the vital factor of bureaucrats’ close proximity with the political rulers; that hand-in-glove sort of situation where the bureaucrats seldom display the grit to veto or bypass their political bosses. Even the most disgruntled civil servants would sit down to pen their memoirs long after they have retired; cozy and content with an array of retirement benefits in their clasp.

I could go on and on with the crucial ‘whys’ bureaucrats would not opt to resign from the civil service, but let me focus on this rather offbeat case, where this young Kashmiri bureaucrat, Shah Faesal, who had topped the 2010 civil service examinations, decided to resign. Thankfully, he didn’t come up with any of those usual mundane one-liners: resigning from service because of personal reasons! Nah, none of those weak and camouflaged excuses. On the contrary he said, loud and clear, “To protest the unabated killings in Kashmir and absence of any credible political initiative from Union Government, I have decided to resign from IAS. Kashmiri lives matter…”

Shah Faesal’s decision to resign from the civil service to join politics and with that try and reach out to the Kashmiri masses, relays volumes. For one, it’s a clear indication that as a civil servant he could not reach out to the people he was supposed to reach out to …couldn’t really serve the people of his state. Perhaps coming in way were the heap of political interferences and intrusions.

Also, stands out the fact that outdated sarkari service rules do not permit sarkari men to speak out freely and whole heartedly. Yes, in today’s ‘developed’ India, civil servants are more than expected to function tight — lipped; little sanction for them to speak out, argue and dissent, or expose the ground realities. Remember, months back, Shah Faesal was questioned by his seniors for his hitting comments on the rapes taking place in today’s developed India!

Of course, after quitting the service, far away from the outdated ways of the very bureaucratic system, Shah Faesal, would be able to speak out and not sit stifled in the corridors of power where voices and views are so very systematically and ruthlessly silenced.

Shah Faesal’s stark comments could prove to be rather too uncomfortable for the Modi-led rightwing government at the Centre. This young bureaucrat has been so very vocal; not tried to dilute his disgust at the way human beings and with them entire institutions have been affected in these recent years. He talks of the killings taking place in Kashmir, the marginalisation of Muslims in the country and also of the deterioration of the public institutions.

To quote him, “the marginalization and invisibilisation of around 200 million Indian Muslims at the hands of Hindutva forces reducing them to second-class citizens; insidious attacks on the special identity of the state and growing culture of intolerance and hate in mainland India in the name of hyper-nationalism…I wish to remind the regime of the day that subversion of public institutions like RBI, CBI and NIA has the potential to decimate the Constitutional edifice of this Country and it needs to be stopped. I wish to reiterate that voices of reason in this country cannot be muzzled for long and the environment of siege will need to end if we wish to usher in true democracy.”

Shah Faesal is blunt and lethal in his criticism of the government of the day and the unleash its wrecking on the people of the country. In fact, this 35 year old bureaucrat has uttered what honest bureaucrats ought to utter. After all, the ground realities are out there. And till the sarkari men do not take on the sarkar of the day, nothing much can be expected. We will continue to sit like mute spectators even as the decay and   destruction and deterioration spreads out to uncontrolled limits.

In fact, soon after the Gujarat pogrom of 2002 several civil servants of the Gujarat cadre had taken on the establishment of the day. One of the first whistle blower cops of the Gujarat cadre, RB Sreekumar, has written volume after volume exposing the then government’s role in that pogrom in Gujarat. He ripped off all those development theories that were flaunted when Narendra Modi was the chief minister of Gujarat.

And around the same time, another civil servant, Harsh Mander, had resigned to work for the hundreds of the pogrom affected. Mander has also been writing…one volume after another, focusing on the ground realities that we Indians have been witnessing in these recent years….There could few other civil servants who have dared to take on the political rulers. Mind you, only a handful of such brave courageous civil servants. Men in the actual sense of the term.

As an Indian Muslim, today I sit totally disillusioned and upset with the rot in the system. Four years back, fence-sitters quipped, “What harm can the Right — Wing rulers do; they have got to work within a constitutional framework”, but see the manner in which the very running of institutions has got affected and dented. These are dark days, where goon brigades have been let loose, unleashed in our midst. Today one sees tainted men ruling and over-ruling, even after being accused in State conducted murders, done under the bogus set of alibis. Quite obviously these ‘developments’ are un-nerving, nudging one to query and cry out .But then even that isn’t allowed! One could be threatened, to be hounded out.