Shiromani Gurdwara Parbandhak Committee (SGPC) has decided to file a review petition following the Supreme Court judgment today in the case regarding challenge to validity of Haryana Sikh Gurdwara Management Committee (HSGMC) Act, 2014. The opinion of senior lawyers will be taken in this regard and the legal action is required accordingly.

This decision was taken in the SGPC executive committee (EC) meeting presided over by SGPC President Harjinder Singh Dhami, here on Tuesday.

Talking to the media after the meeting, SGPC President said that a consensus has been reached to file a review petition in the case of validity to HSGMC Act, 2014, by the Supreme Court, for which, the officials of SGPC have been deputed at Delhi. He said that the next legal action will be taken as per the opinion of the senior lawyers after examining the Supreme Court’s order.

SGPC President said that it is not right to comment on the Supreme Court’s judgment, but the move played by the then Haryana Chief Minister Bhupinder Singh Hooda to form a separate Gurdwara management committee for Haryana is dividing the Sikh power.

“Chief Minister Bhupinder Singh Hooda is a part of Congress class that massacred Sikhs, but it is sad that the incumbent BJP Government also followed the same footsteps and became partners in breaking the foremost representative institution of Sikhs. The politics of breaking up SGPC and dividing Sikh power is not right and the governments should not interfere in Sikh issues”, said Dhami.

However, the Supreme Court on Tuesday upheld the constitutional validity of the Haryana Sikh Gurdwara (Management) Act, 2014 under which a separate committee was formed to manage the affairs of gurdwaras in the state. 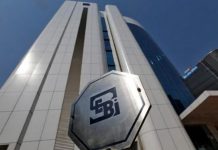