Prime Minister Narendra Modi on Monday condoled the deaths of people killed in a tragic accident in Odisha’s Koraput district.

“My thoughts are with all those who have lost their dear ones in the tragic accident at Koraput, Odisha. I hope the injured recover at the earliest,” the Prime Minister’s office tweeted.

At least nine people were killed and several injured after a pick-up van carrying them overturned in Odisha’s Koraput district on Sunday.

The accident took place near Murtahandi when a group of people were returning to their village after attending a mourning ritual of a relative, sources said.

“Deeply saddened by the loss of precious lives in the road accident near #Kotpad in Koraput district. My condolences are with the bereaved families in this hour of grief. Pray for the speedy recovery of all the injured,” Patnaik tweeted. 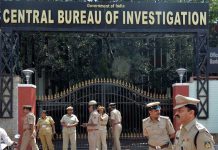