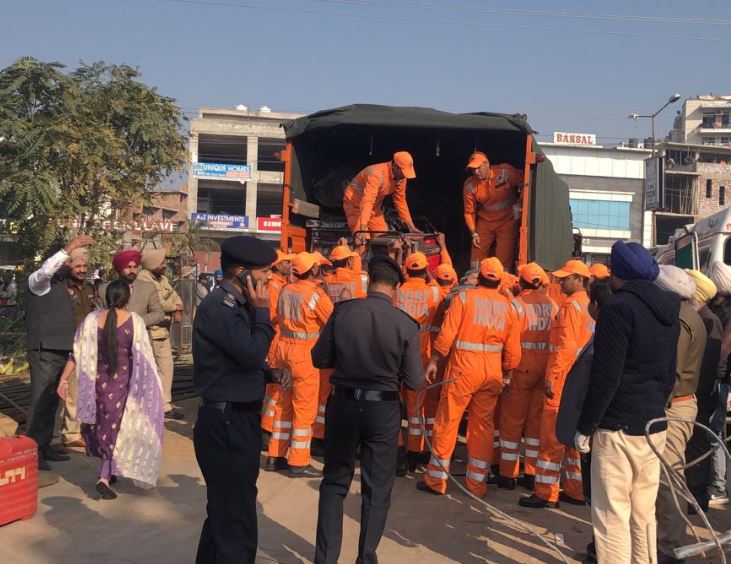 Several people were feared trapped as a three-storey building collapsed in Punjab’s Mohali on Saturday.

According to the officials, the building, located on the Kharar-Landran road collapsed when a JCB was digging an adjoining plot for making a basement of a hotel.

A team of the National Disaster Response Force (NDRF) reached the site and rescue operation is going on.

Punjab Chief Minister Capt Amarinder Singh in a tweet said, “Anguished to learn of the collapse of a three-storeyed building in Kharar today with 2 people trapped. @NDRF, Fire Brigade & Mohali Admin are on the spot for immediate rescue and relief. Have asked DC Mohali @GirishDayalan to send a detailed report on what caused this collapse.”