Seven people, including four sanitation workers, died due to suffocation on Saturday while cleaning a hotel sewer in Gujarat’s Vadodara district, officials said.

The incident took place at a hotel at Fartikui village in Dabhoi tehsil, about 30 km from Vadodara city.

Three employees of the hotel were also among those killed.

A case has been registered at the Dabhoi Police station. 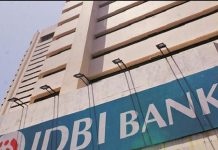