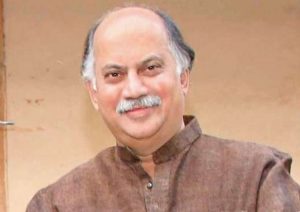 Former Union Minister and senior Congress leader Gurudas Kamat breathed his last in Primus Hospital in New Delhi’s Chanakyapuri on Wednesday. He was 63.

As per the reports, the veteran leader died of heart attack.

Ashok Gehlot tweeted, “Shocked and deeply saddened to hear of the sudden demise of Senior Congress leader Sh. Gurudas Kamat ji. His passing away is an irreparable loss for us. My heartfelt condolences to his family members, may god give them strength to bear this loss. May his soul Rest in peace.”

Congress spokesperson Randeep Surjewala took to Twitter and said, “Shocked and deeply anguished to learn about the sudden demise of Senior Congress Leader Sh Gurudas Kamat ji. No words are enough to describe the sense of loss. My deepest condolences to his family, friends and followers. I pray for the departed soul”.

Satyajeet Tambe Patil, Vice-President, Maharashtra Youth Congress took to Twitter and stated that Kamat’s demise was his personal loss. “Shocked … My leader Gurudas Kamat is no more. It is my personal loss as well as unrepairable loss of Congress party”, Patil tweeted.

Kamat was a commerce graduate and had a law degree, he was an advocate by profession.