The security forces on 22 April gunned down 16 Naxals (alleged members of Communist Party of India (Maoist)) in an encounter in Etapalli’s Boriya forest area in Gadchiroli District, Maharashtra. The C-60, the Maharashtra police’s special anti-Maoist unit lead the operation with the help of a team of the Central Reserve Police Force’s 9th battalion.

“The operation was intelligence-based operation and the police team had offered a chance to the Maoists to surrender before the gunfight which lasted over an hour,” said Sharad Shelar, Inspector-General of the Maharashtra police’s Anti-Naxal Operations (ANO).

He said we received the inputs and then we analyzed the information and launched an operation. A party was sent to Kasansur area around midnight. At about 9 a.m. on 22 April, our team had an encounter with them.

The Maharashtra police termed it “the biggest successful operation” against the Naxals where they had been trying hard to regain a foothold.

However, the Home Ministry recently gave its approval for setting up the dedicated wing in the National Investigation Agency (NIA) to take up the terror funding and money laundering cases of the Naxals. 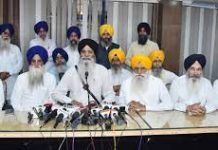 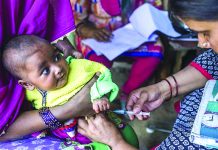