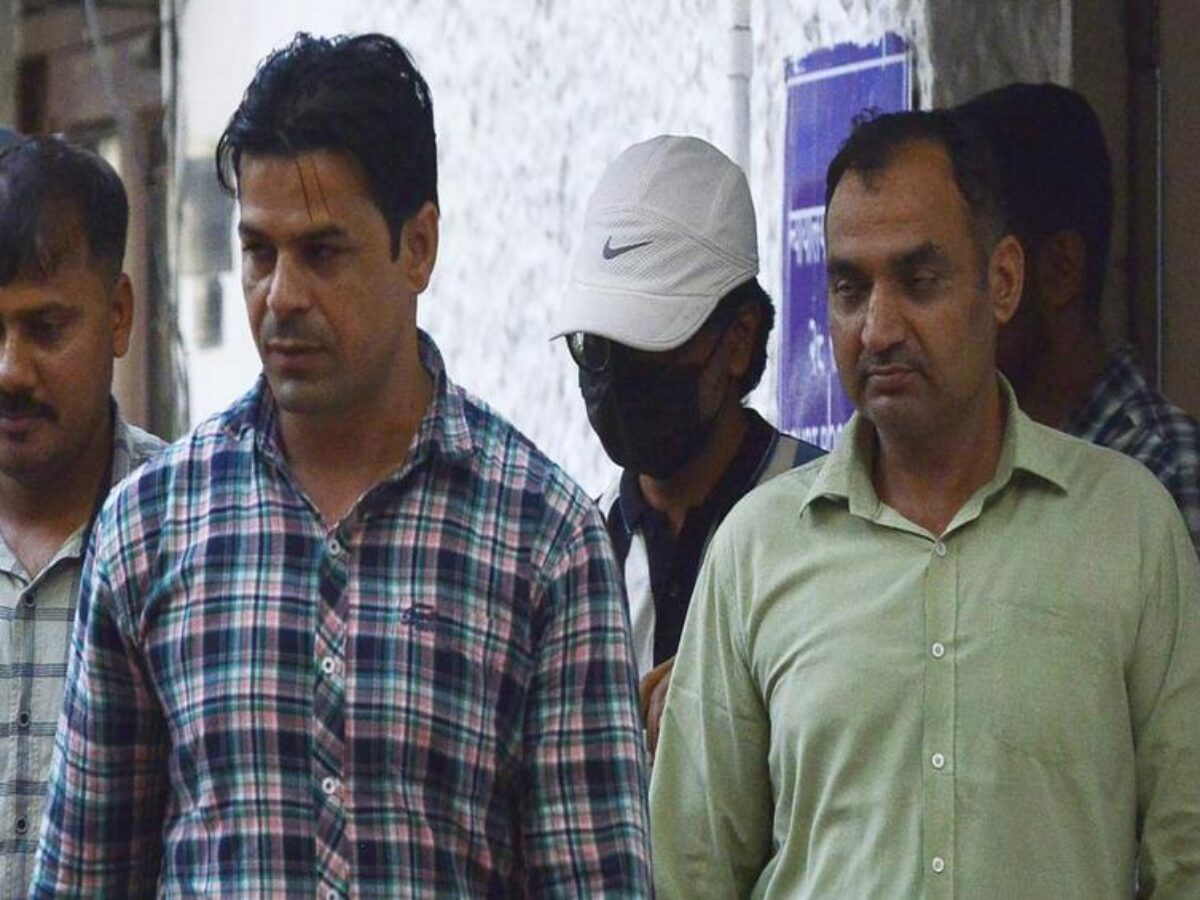 Amid shrinking space for the expression of dissent with human rights activists, journalists, academicians and lawyers languishing in jails, the government is also trying to stamp down on peaceful protests by adopting high-handed measures. A report by Mudit Mathur

Two basic yardsticks are uniformly considered to determine the success of a democratic government – freedom of speech to all its citizens and press to criticise policies of the government including ethos of its political leadership and speedy free and fair trial to all the persons as a valuable right to life and liberty. These rights are guaranteed under the Constitution of India – which is backbone of our governance system where dissenting views have been inherently characterised as an essence of vibrant democracy.

Shockingly, the journalists critical of the power centres are being unlawfully arrested in an arbitrary manner, intimidated through strategic filing of multiple first information reports and unfair detention in prison under the colonial laws of sedition under which real nationalist freedom fighters like Mahatma Gandhi, messenger of peace and nonviolence, and Lokmanya Tilak were convicted for their powerful writings in “Young India” and “Kesari” by imperialist British rulers. How can such oppressive laws still remain in the statue books of free India?

Though Supreme Court of India agreed to consider series of petitions challenging constitutional validity of sedition laws and Union government also agreed in the court to re-examine and reconsider Section 124A of the Indian Penal Code which criminalises the offence of sedition, but the misuse of the colonial-era sedition law for muzzling media freedom and social activism is drawing the sharp focus of the nation. It always suits ruling political classes as police act as its extended arm to abuse law to muzzle dissent and thwart healthy political discourse. Unfortunately, our politicians remained in colonial hangover even after 75 years of independence (Amrit Mahotsav) and continued with such laws.

Amid shrinking space for the expression of dissent with human rights activists, journalists, academicians, lawyers languishing in jails, peaceful protests are also muzzled adopting highhanded measures. India signed “2022 Resilient Democracies Statement” joining G7 countries and vowed to enable “open public debate, independent and pluralistic media” and  “free flow of information online and offline”, fostering legitimacy, transparency, responsibility and accountability for citizens and elected representatives alike. “We hail all courageous defenders of democratic systems that stand against oppression and violence, and will step up international cooperation to improve the resilience of democratic societies globally,” it stated.

The International forum‘2022 Resilient Democracies Statement’, along with G7 nations had coincided with the arrest of the co-founder of India’s most trusted fact-checking portal, AltNews. Mohammed Zubair’s detention is the latest in the series of infringements on the rights and protections of journalists in India that precisely describes real state on the domestic front.

Zubair was arrested on 27th June, following a complaint by a Twitter user over a satirical tweet posted more than four years ago in 2018, allegedly mocking the Hindu god Hanuman, purportedly hurting religious sentiments of the complainant after four years. Press and human rights groups see it as an attack on the freedom of expression.

The tweet in trouble is a photo of the “Honeymoon Hotel” with its name changed to read “Hanuman Hotel.” Another Twitter user recently retweeted it, calling it an afront to his religious sentiments. Zubair, who has been in the forefront of calling out disinformation and rising hate speech against minorities in the country, was arrested days after bringing international attention to controversial remarks made by a ruling party official against Islam’s Prophet Muhammad. The comments made by the ruling Bharatiya Janata Party’s (BJP) former spokesperson Nupur Sharma during a television debate drew widespread condemnation from Islamic nations and the US.

Secretary general of the Editors Guild of India, Sanjay Kapoor said, “The arrest is extremely disturbing. Zubair was active in tackling disinformation in the last few years. This made him a direct target of fake news generators.” Kapoor pointed out that there are signs suggesting this intolerance has grown in scale and intensity in the wake of the present right-wing government’s rise to power with its strict definition of nationalism.

Other international press bodies, such as the Committee to Protect Journalists and the International Press Institute, a global network of editors, journalists and media executives defending press freedom, also condemned the arrest, calling for Zubair’s unconditional release.

India was ranked 150 among 180 countries in this year’s World Press Freedom Index. The BJP government filed sedition charges against six senior and reputed media persons including Zafar Agha, Vinod Jose, Anant Nath, Paresh Nath, Mrinal Pande and Rajdeep Sardesai for “misleading the public.” Siddique Kappan, another Muslim journalist, has been in prison since October 2020, when Uttar Pradesh police arrested him on charges of terrorism, sedition and promoting enmity between groups, among others.

Similar cases were registered against many tribal rights and human rights activists, environmentalists and besides targeted action against student’s bodies for their ideologically divergent views. As many as 65 journalists were targeted and charged under various legislations threatening large scale victimisation just aimed at quietening factual reports during strong pandemic surge between 15 March 2020 and 10 July 2020.

Earlier on 11th May, the apex court in a historic development, ordered that the 152-year-old sedition law under Section 124A of the Indian Penal Code should be effectively kept in abeyance till the Union Government reconsiders the provision. In an interim order, the Court advised the Centre and the State governments to refrain from registering any FIRs under the said provision while it was under re-consideration. 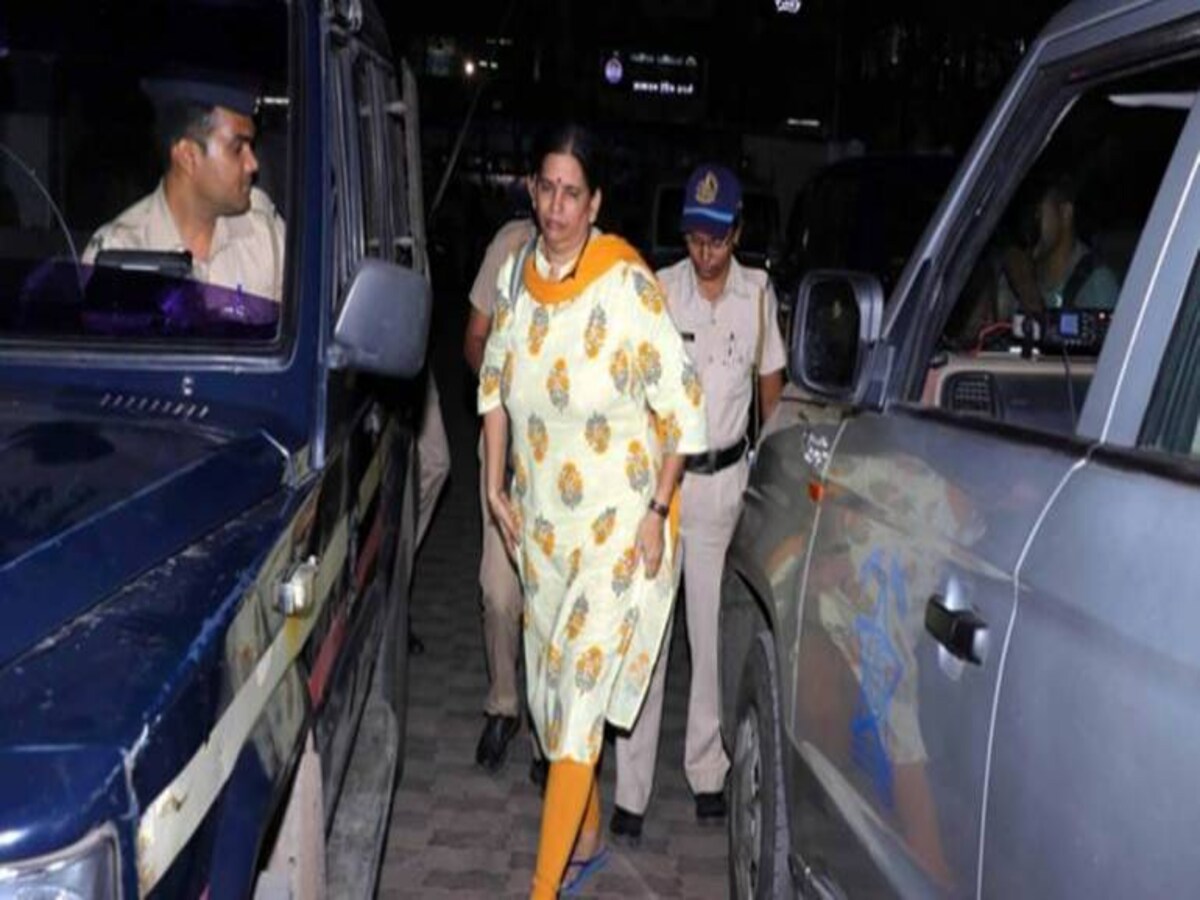 The court while agreeing to re-examine constitutional validity of sedition laws, observed, “We expect that, till the re-examination of the provision is complete, it will be appropriate not to continue the usage of the aforesaid provision of law by the Governments.” “We hope and expect that the State and Central Governments will restrain from registering any FIR, continuing any investigation or taking any coercive measures by invoking Section 124A of IPC while the aforesaid provision of law is under consideration”, ordered a bench, comprising the Chief Justice N.V. Ramana, Justice Surya Kant and Justice Hima Kohli.

Bollywood actor, occasional writer and social commentator Swara Bhasker expressed in her media writings, “Mohammad Zubair and Teesta Setalvad are the latest addition to this list and these are only the ‘high-profile’ arrests. How many forgotten poor are languishing in our prisons?” “Not everyone has to suffer long periods of detention without bail, though. Pro-government Arnab Goswami was granted bail by the Supreme Court in a hearing after eight days in custody. Tajinder Bagga of the BJP never even reached jail — he was given protection from arrest by the High Court of Punjab and Haryana in a midnight hearing. Rabble-rouser Yati Narsinghan also got swift bail a few months ago, in multiple cases,” she mentioned.

“Sudha Bharadwaj spent three years in jail in the Bhima Koregaon case before she got bail. Stan Swamy, 81, died in jail, after being denied both a water sipper and bail. Siddique Kappan is in jail for, literally, only having boarded a train, and Umar Khalid is in jail for a speech where he propagated the principles of our Constitution. Khalid Saifi has been in jail since February 2020 and his family has complained of his deteriorating health. Natasha Narwal’s father, Mahavir Narwal, a retired professor, died without seeing his daughter free. Anand Teltumbde was arrested by the National Investigation Agency in April 2020 and is in jail.” Swara pointed out.

“Mohammad Zubair and Teesta Setalvad are the latest addition to this list and these are only the ‘high-profile’ arrests. How many forgotten poor are languishing in our prisons? For dissenting citizens, minorities, poor citizens with no ‘contacts’ or ‘backing’, Dalits, Kashmiri Muslims and avowedly left-leaning citizens, what is most worrying about the conduct of our judiciary is the reluctance to grant, or outright denial of bail. They are charged with draconian sections that are non-bailable — often the Unlawful Activities (Prevention) Act or sedition,” she lamented.

Legal luminaries are shocked over the preferential treatment given to Rohit Ranjan, a Zee News anchor, providing him interim protection from arrest in multiple FIRs for admittedly running a doctored video of Rahul Gandhi fanning communal passions for which he tendered apologies. On the other hand, Alt News journalist Zubair failed to have similar treatment. Legal circles are debating over disturbing trend of decay in uniform justice delivery system based on equity before law. 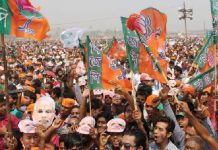