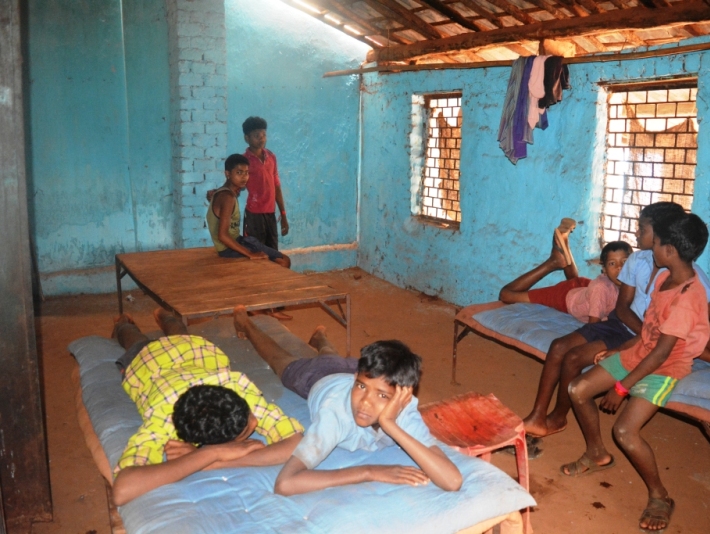 The densely forested Abujhmarh region, spanning three districts of Chhattisgarh and spread over 4,000 sq km, is home to India’s Adivasis. It is also a Naxal stronghold, writes Deepanwita Gita Niyogi

As the bike travelled along the red gravel road, blue hills rose in the distance; at times obstructed by trees and dense jungle. There was heavy silence all around. Except a few mahua flower gatherers, the sight of humans was rare.

On the way to Handawara, a village which lies in Orchha block of Narayanpur in the Abujhmarh region, a few memory pillars came into view. A red coloured memorial paying tribute to a slain comrade was also seen.

The destination is a residential school in Handawara, the Mata Rukmani Balak Ashram. Though located in Narayanpur, Handawara lies on the border of adjoining Dantewada district. There are about 30 students who live and study at the ashram even though the accommodation is for 100.

Over a chat, school peon Sunil Dhruw said, the school set up in 1988, is government aided. The Mata Rukmani Seva Santhan, a non-profit organisation based in Bastar district, runs it. The organisation has 36 ashram schools in the entire Bastar region comprising seven districts, of which 21 belong to girls and the rest are for boys.

“I look after the students (4-15 years) who live here, cook food for them and wash utensils. They come from poor families and most of them are unwilling to return home. The distance is also huge. Many come from villages 15-20 km away. Their parents are farmers. However, during the mahua collection season, some go to extend help,” Dhruw added. Tribal families across Chhattisgarh collect mahua flowers, an important minor forest produce, during the summer months.

The condition of the school is unsatisfactory. There are only four teachers and no classrooms. Of the two structures located in the compound, one is used by teachers who reside here. Food is cooked in the adjoining kitchen. The other space has beds for the boarders with clothes and books lying all around. In the absence of power connection, there is dependence on solar energy.

There is another dilapidated building which, according to Dhruw, has been lying like that for some time. It was abandoned after snakes entered during the lockdown. On approaching it, one could make out the writings in Hindi on the blackboard on the outside wall saying Narendra Modi is the prime minister of India. Another blackboard had English alphabets.

Classes start from 10.30 am and go on till 4 pm. Due to the lack of benches students sit wherever space is available. The peon added that there is a government school in Hitampara close by but most of the times teachers don’t turn up.

Under the shadow of Left-wing extremism

Sources not wishing to be named said Maoists have damaged schools in the interiors of Narayanpur. Still, after the inauguration of the Chhindnar bridge over the Indravati by Chief Minister Bhupesh Baghel in January, things are looking up. The bridge, which has come up in Dantewada, promises connectivity to Abujhmarh. Earlier, boats were the only means of crossing the river.

While most students were at lunch when this reporter turned up at the school in Handawara, Bishnu Berta sat on his bed clutching a copy in his hand. An Adivasi boy of 14 years, he is in a junior class due to late joining. Unlike many students, his home is nearby.

Berta, who likes playing volleyball, read out haltingly from a textbook and later wrote English alphabets in his copy. Dhruw explained that most students find English and Hindi difficult to read and learn. “Though they know the alphabets in English, they struggle to write. Many cannot speak in Hindi. At home they speak only in Gondi.”

Narayanpur has two blocks: Narayanpur and Orchha. Social workers, who work in the district, said schools were destroyed to prevent security forces from occupying them. In some areas, they are non-existent till date. 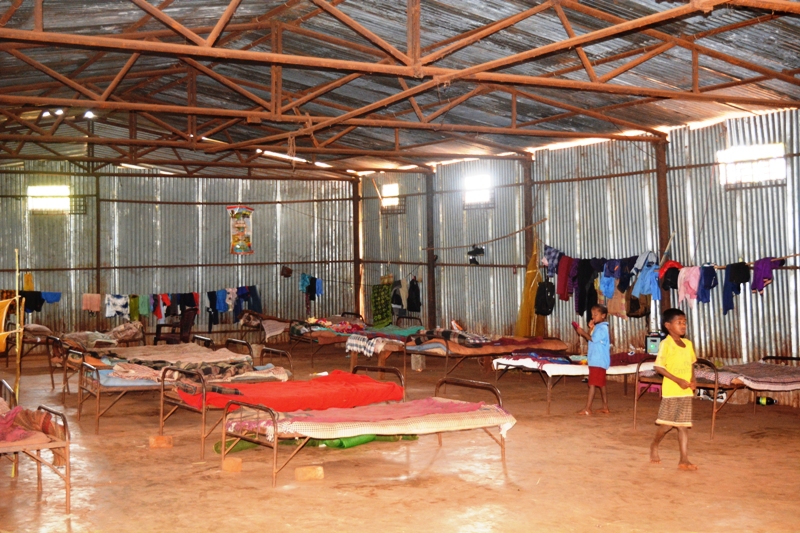 Handawara, which is also a gram panchayat, has a beautiful waterfall five km from the ashram school. “But it lacks basic amenities. In many areas of Abujhmarh, there aren’t schools as supply of building materials is a challenge due to the lack of proper roads. For any work to be carried out here, permission has to be taken from the rebels. Such is the condition,” a source said.

Santosh Mandavi, a government school teacher based in Sukma district, said every school in Bastar sub-division receives adequate funds. But it may be that due to some kind of fear or hesitation, government officials and teachers sometimes avoid going to the Abujhmarh area.

School superintendent RS Baghel said the residential school, which is short staffed, is till class 8. After that students go elsewhere if they want to continue studies. “It is my duty to stay on and teach them. I have been here since 1990. The Chhindnar bridge promises development in Abujhmarh. Many are in favour of inclusion of Handawara in Dantewada instead of Narayanpur district.”

Educationist and social activist Dharampal Saini of Mata Rukmani Seva Sansthan said about seven to eight years ago, many school buildings were destroyed. So, classes have to be organised either in the verandah or any open space available. “It was a challenge in those days as the bridge was not there. Building materials had to be carried through a circuitous road,” said Saini, who was instrumental in getting girls to school, in Bastar.

This reporter tried to contact the Narayanpur district collector but did not receive any reply to her questions. 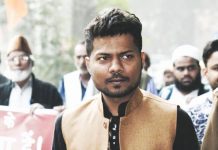