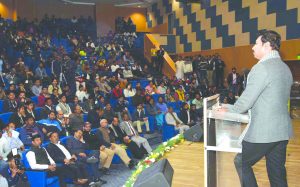 The Ministry of Youth Affairs and Sports has restructured different schemes of the Department of Youth Affairs as part of initiatives taken for providing support for youth development and to enable productive youth participation in nation building.

The Year End Review-2019 released by the Ministry of Youth Affairs and Sports on December 20, 2019 disclosed that eight such schemes have been merged into a new ‘umbrella’ Scheme called “Rashtriya Yuva Sashaktikaran Karyakram (RYSK).

It said that the Nehru Yuva Kendra Sangathan (NYKS) with about 35.28 lakh youth enrolled through 1.80 lakh youth clubs has been working all over the country to develop the personality of the youth and to engage them in nation-building activities. About 8.39 lakh NYKS volunteers planted saplings and NYKS volunteers donated 49,050 units of blood.

Youth were involved in Swachhta programme and the Swachhta Programme was conducted at 98,681 locations involving 9,10,531 youth for cleaning of 8, 493 schools and colleges, 3,479 hospitals and 6,525 statues. For water conservation — 10,751 awareness creation programmes were conducted by involving 4.2 lakh youth, 2,346 new water bodies were created and 4,413 water sources were maintained. Under the Inderdhanush Programme,  1,27,995 children were immunized with the help of service providers.

Under the Fit India Campaign which was launched by the prime minister Narendra Modi on August 29, 2019, activities like fitness pledge, Gramin Maha Daud, Tug of War, Kho-Kho, etc, providing opportunity to take part in group and individual events and youth were also motivated to take part in local traditional games. In these activities, 21,50,537 youth and other stakeholders took part.  Fit India Plog Run was organized in which 19,36,312 youth from 55,945 village-based Youth Clubs and people from all sections of society participated.

To clean Ganga, the NYKS is working with National Mission for Clean Ganga to spread awareness for cleanliness & sanitation in villages along Ganga River. Ganga Vriksharopan Saptah (Plantation Week) was carried out in 53 selected blocks of 4 States of Uttarakhand, Uttar Pradesh, Bihar and West Bengal.

The NYKS is organizing Yuva Ek Bharat Shrestha Bharat Programme with a view to celebrate unity in diversity, to promote the spirit of national integration through year-long planned engagement between the participants of paired states. Also NYKS was the major partner for implementation of Poshan Abhiyan programme across the country.

The scheme of National Youth Corps (NYC) was launched in the country during the year 2010-11 and the same is being implemented through NYKS. The main objectives of the scheme is to setup a group of disciplined and dedicated youth who have the inclination and spirit to engage in the task of nation building, to facilitate the realization of inclusive growth (both social and economic) and to act as points for dissemination of information, basic knowledge in the community.

It would act as group modulators and peer group educators and act as role models for the younger cohort especially towards enhancement of public ethics, probity and dignity of labour.  As per the provision of the scheme, a total of 12,000 volunteers are deployed every year. Volunteers in the age group of 18-29 years are being paid 5000 as monthly honorarium.

The National Service Scheme (NSS) with about 3.91 million student youth enrolled in 42661 NSS units spread over through 456 universities, 17494 colleges and technical institution and 12059 Senior Secondary Schools across the country.

The NSS Volunteers have been actively participating in Swachh Bharat Mission activities across the country. It organized cleaning of streets, drains and back alleys through awareness drives, door-to-door meetings to drive behaviour change with respect to sanitation behaviours, performed Swachhata related Nukkad Nataks, folk song and dance performances to mobilise community. 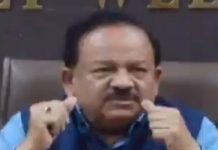