Akshay Singh approached the Top Court on Wednesday with a curative petition which is listed for consideration before a bench at 1 pm today, sources said.

The plea of Akshay Singh will be heard by the Supreme Court judges in their chambers and not in an open court.

If Akshay Singh’s plea is dismissed, the death row convict will have the option to move a mercy petition before President Ram Nath Kovind.

He is the third convict to move a curative plea after Mukesh Singh and Vinay Kumar Sharma. 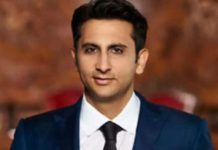