The Supreme Court on January 17 has stayed the ban on Sanjay Leela Bhansali’s Bollywood period drama ‘Padmaavat’ previously titled Padmavati.  The ban was imposed by four states: Gujarat, Rajasthan, Haryana and Madhya Pradesh.
The movie is now set for an all India release on January 25.
It is to be noted that despite the film was cleared by the Central Board of Film Certification (CBFC), the ban was imposed.
A bench comprising Chief Justice Dipak Misra and Justices A M Khanwilkar and D Y Chandrachud considered the submission of the counsel of Viacom 18 and other producers of the film that the plea be heard urgently as the movie was set for all-India release on January 25.
The apex court has not given a green signal for the release of the movie but also restrained other states from issuing such a ban.
It is is the duty of states to maintain law and order and that the creative content is an inseparable aspect of article 19 (1), freedom of speech and expression and needless to emphasise that right is not absolute, said the apex court.
The epic period drama film directed by Sanjay Leela Bhansali features Deepika Padukone in the title role as Rani Padmavati, alongside Shahid Kapoor as Maharawal Ratan Singh and Ranveer Singh as Sultan Alauddin Khilji. 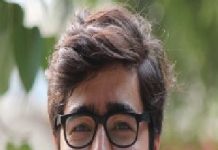