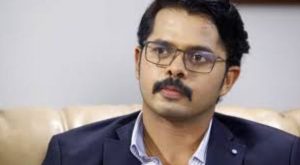 The Supreme Court on Friday set aside the life ban imposed on former Indian cricketer S Sreesanth by the Board of Control for Cricket in India (BCCI) for his alleged involvement in the 2013 Indian Premier League (IPL) spot-fixing scandal.

The top court asked the BCCI to decide afresh on the point of the quantum of punishment given to Sreesanth within three months.

A bench of the Supreme Court comprising Justice Ashok Bhushan and Justice KM Joseph said the BCCI may reconsider its order of life ban imposed on Sreesanth.

Sreesanth will get an opportunity to be heard by BCCI’s disciplinary committee on the quantum of the punishment, the bench said.

The top Court also clarified that its order shall have no effect on criminal proceedings pending against the 36-year-old cricketer.