The Supreme Court on Thursday refused to put a stay on Allahabad High Court order directing the concerned authorities to remove the posters of the accused persons allegedly involved in vandalism during the anti-CAA protests in the state.

The court said the matter would be placed for detailed hearing before a three-judge bench.

The Apex Court was hearing a petition filed by Uttar Pradesh government challenging the Allahabad High Court’s order directing it to remove the posters of the accused persons allegedly involved in anti-CAA protests.

A vacation bench of Justices UU Lalit and Aniruddha Bose asked Solicitor General Tushar Mehta, whether the UP government has the power to put such hoardings.

On Monday, the Allahabad High Court had ordered Lucknow’s District Magistrate and Police Commissioner to remove the hoardings and submit its report on the matter by March 16 which is the next date of hearing.

No end to rapes as women’s safety is still a hard... 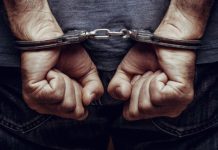