The Supreme Court on Monday refused to refer to a larger seven-judge bench the petitions challenging the Centre’s decision to abrogate provisions of Article 370 that granted special status to the erstwhile state of Jammu and Kashmir.

On January 23, the top court had reserved its order on the issue of whether the batch of pleas would be referred to a larger seven-judge bench.

Referring to two older judgments on Article 370, the top court said there was no conflict between the two judgements of the Apex Court.

A five-judge constitution bench headed by Justice NV Ramana said there are no reasons to refer the pleas to a larger seven-judge bench.

In August last year, the Centre decided to abrogate Jammu and Kashmir’s special status and also bifurcate it into two union territories.

Many political leaders have been in detention in Kashmir. Former Chief Ministers Farooq Abdullah, Omar Abdullah and Mehbooba Mufti were charged under the Public Safety Act (PSA). 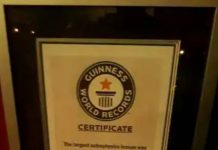