The Supreme Court on September 4 refused to entertain a plea by Lieutenant Colonel Srikant Prasad Purohit’s seeking a Special Investigation Team (SIT) probe into his alleged abduction and torture by the Anti-Terrorism Squad in connection with 2008 Malegaon blasts case.

The SC bench, comprising Justices Ranjan Gogoi, Naveen Sinha and K M Joseph, said that admission of the plea may interfere with the ongoing trial in the case.

A bench decided it was “not appropriate” for the Supreme Court to consider this petition and asked Purohit to approach the trial court.

The court said that the matter pertaining to the validity of sanction for prosecution against Purohit under the Unlawful Activities (Prevention) Act need to be decided by the trial court.

The direction allowing Purohit to raise his contentions in the trial court came after the SC agreed with senior advocate Harish Salve, appearing for Purohit, that “some forum had to look into it”.

“It is good that it has been decided who is going to take up the matter. He will definitely get relief. The High Court has told that the trial court should decide the matter. Won’t appeal it anywhere, it is a favourable order,” Purohit’s wife Aparna Purohit said.

On September 29, 2008, six people were killed and nearly 100 injured when a bomb strapped on a motorcycle, went off in Malegaon in north Maharashtra’s Nashik District. 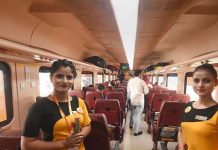