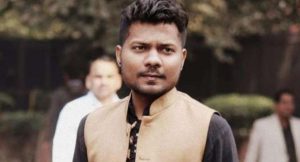 The Supreme Court on Tuesday ordered the release of journalist Prashant Kanojia who was arrested for sharing an objectionable post against UP chief minister Yogi Adityanath.

The apex court observed that journalist Prashant Kanojia must be released on bail.

However, the court said granting bail does not mean that it approves of the journalist’s tweets or posts on social media.

“Opinions may vary, the journalist probably should not have published or written that tweet, but how can he be put behind the bars” it said.

The top court was hearing a petition by Kanojia’s wife, challenging his arrest.

Kanojia was arrested on Saturday from his home for sharing a video on Twitter and Facebook where a woman is seen speaking to reporters outside the CM office claiming that she had sent a marriage proposal to Adityanath.

An FIR was registered against the journalist on Friday night in which it was alleged that the accused made “objectionable comments against the CM and tried to malign his image”.

Several people on Twitter had condemned the journalist’s arrest.

Congress president Rahul Gandhi earlier in the day took to his twitter account and said, “If every journalist who files a false report or peddles fake, vicious RSS/BJP sponsored propaganda about me is put in jail, most newspapers/ news channels would face a severe staff shortage. The UP CM is behaving foolishly & needs to release the arrested journalists.” 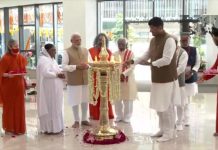