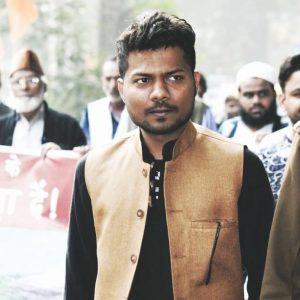 At a time when the police machinery in Uttar Pradesh has completely failed to contain alarmingly escalating heinous crimes against minor girls in the entire state, it has devised a diversionary strategy to please the angry chief minister Yogi Adityanath by targeting his critics in media adopting blatant unconstitutional tactics to muzzle the freedom to express fairly, freely and fearlessly. Upholding Fundamental Rights under Articles 19, 21 under the Constitution being non-negotiable a vacation bench of apex court ordered immediate release of journalist Prashant Kanojia from judicial custody on bail. “We don’t appreciate his tweets but he cannot be put behind bars for this,” opined the bench.

The vacation bench of Justices Indira Banerjee and Ajay Rastogi observed that Kanojia’s arrest and remand were illegal and went against personal liberty. The Bench also turns downed the pleas of alternative remedy advanced by Additional Solicitor General Vikramajit Banerjee appearing for Uttar Pradesh. He submitted since the remand order have been passed by the Judicial Magistrate in the matter, and as such, a habeas corpus petition under Article 32 petition should not be entertained and alternatively relegate the matter to High Court. On behalf of Kanojia and his wife this matter was presented by the advocates Nitya Ramakrishnan, Shruti Narayan and  Shadan Farasat.

The apex court asserted its powers to do complete justice in the matter under Article 142 of the Constitution and entertained the petition in view of the excessiveness of the action taken resulting in glaring case of deprivation of liberty. The bench also made it clear that its order is not to be construed as an approval of his posts/tweets in the social media.

The recent arrests of two journalists and a channel head and sealing of the NOIDA based office of Nation Live channel sparked nationwide protests against the retaliatory and arbitrary suo moto police action to please the political bosses. The arrest of Delhi based journalist Prashant Kanojia and the editor and head of a NOIDA-based television channel, Nation Live – Anuj Shukla and Ishika Singh- by the Uttar Pradesh Police.

Prashant has been accused of re-tweeting a post on Uttar Pradesh Chief Minister Yogi Adityanath on the social media and the Nation Live head and editor have been charged with having aired a video on the UP chief minister followed with a panel discussion on it. The news channel journalists have not approached the apex court yet.

The wife of the journalist Jagisha Arora had challenged the unlawful detention of her husband Prashant Kanojia by Uttar Pradesh Police and subsequently remanding him under judicial custody till 22nd June, 2019 before Supreme Court through a habeas corpus petition. UP Police had raided his residence in Delhi without adhering to procedure of informing local police and taken away him to Lucknow without any transit remand as an FIR registered against him by a sub-inspector at Hazratganj police station on June 7 night under section 500 IPC and Section 67 of Information Technology Act. The FIR disclose offences that the accused made “objectionable comments against the Chief Minister and tried to malign his image. Subsequently after detention the investigation officer added more offences under Section 505 of the IPC (for spreading rumors) were added and Section 66 of the IT Act was replaced by Section 67 (vulgarity).”

Prashant Kanojia, who earlier worked with “thewire.in,” had re-tweeted a video clip on his Twitter and Facebook where a woman is seen speaking to reporters of various media organisations outside the high security CM’s residence, claiming that she had sent a marriage proposal to Adityanath with whom she had been in regular connected through video chatting for over a year.

The unlawful arrest of Prashant Kanojia resulted in wide scale protests and anger all over the country and on social media forums. While condemning the police action being high-handed, arbitrary and amounts to an authoritarian misuse of laws the apex body of editors the Editors Guild of India, expressed shock over the happenings in Uttar Pradesh. “The Guild sees it as an effort to intimidate the press, and stifle freedom of expression,” said a statement issued by its President Shekhar Gupta, Secretary General Ashok Bhattacharya and Treasure Sheela Bhatt.

“The FIR is based on the journalist for sharing and mocking on Twitter the video of a woman claiming a “relationship” with the chief minister of Uttar Pradesh. The television channel had broadcast a video on the same issue. Whatever the accuracy of the woman’s claims, to register a case of criminal defamation against the journalists for sharing it on the social media and airing it on a television channel is a brazen misuse of law. To give the police powers to arrest, provisions of Section 66 of the IT Act have also been added. As with a recent case in Karnataka that the Guild spoke about, the FIR in this case is also not filed by the person allegedly affected but suo motu by the police. This is a condemnable misuse of law and state power,” statement asserted.

The Editors Guild of India also reiterates its demand that the defamation law should be decriminalised. The misuse of law in this specific case, as in Karnataka earlier, goes way beyond criminal defamation as many IT Act and Indian Penal Code provisions have been invoked in what looks like a motivated and vindictive action.

“My husband merely put out a tweet of a video, which was shared by others. Why harass only one person and, that too, using unconstitutional means. I have been told that the Uttar Pradesh police have been misbehaving with Prashant, and they aren’t ready to give us any reply. Today, it is Prashant; tomorrow, it could be anyone,” she said.

She said her husband had gone to buy grocery and returned with two men. He told her that they belonged to the Uttar Pradesh police, who were taking him away for his tweet. The couple got married only nine months ago and were living in east Delhi.

“Today, journalists can get arrested for using humour and irony in a social media post. This incident is a direct attack on freedom of expression,” commented eminent editor Siddharth Varadarajan, founding editor of news portal The Wire. “Kanojia had served for around two years at our organisation (The Wire) before moving on to a new job earlier this year,” he added.

Senior journalist Neerja Chowdhury, who took part in the protest too, also alleged that the arrest of the three persons amounted to an attack on the freedom of expression. Activist Shabnam Hashmi also demanded immediate dropping of the charges against Kanojia, Singh and Shukla and sought their release.