The Supreme Court has issued notice of motion to the Punjab government in connection with a petition challenging the appointment of political strategist Prashant Kishor as principal adviser in the cabinet rank to chief minister Captain Amarinder Singh. The development comes at a time when the recent Assembly elections have proved to be a defining moment in the career of this political strategist. A report by SHVETA MISHRA 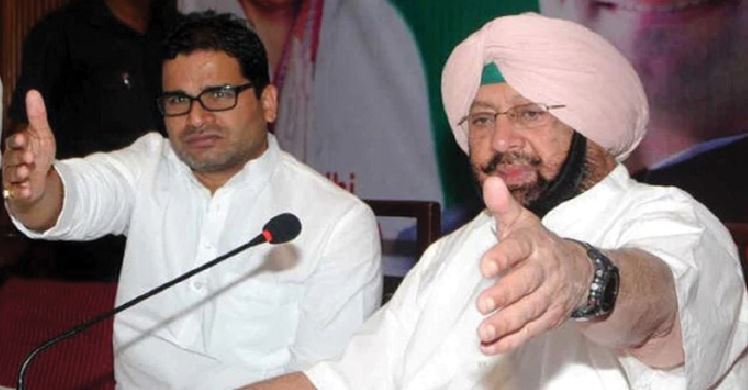 The campaign of Trinamool Congress had Prashant Kishor’s fingerprints all over it including focus on schemes like “Didi-ke-Bolo” and “Duare-Sarkar”. The insider-versus-outsider narrative had his stamp too while the catchy “Bangla Nijer Meyekei Chay” (Bengal only wants its daughter was coined by him. Significantly, Prashant Kishor was also a strategist for the Dravida Munnetra Kazhagam (DMK) in Tamil Nadu.

This is at this juncture that a notice of motion has been issued to the Punjab government in connection with a petition challenging the appointment of political strategist Prashant Kishor as principal adviser to Punjab chief minister. The Bench of Justices Sanjay Kishan Kaul and Hemant Gupta have directed the matter to be listed after summer vacations while hearing a plea filed by Labh Singh, a retired boxing coach and Satinder Singh, a Chandigarh-based advocate.

Prashant Kishor has risen like a phoenix after his first assignment as a strategist in then Chief Minister of Gujarat, Narendra Modi for his re-election for a third time in the Gujarat Assembly Elections 2012. However, he came to wider public attention in the 2014 Lok Sabha election when BJP rode to power.

The petitioner said the appointment smacks of mala fide as he was appointed election strategist by Punjab Pradesh Congress Committee in 2017. It may be added that the Punjab and Haryana High Court had earlier on March 17, 2021 dismissed the petition challenging the appointment of Prashant Kishor as Principal Advisor to the Chief Minister, Punjab. However, it was dismissed then. The division Bench of Justice Jaswant Singh and Justice Sant Parkash, while dismissing the plea, had held, “The Chief Minister, being an elected representative has manifold Constitutional duties to discharge including good governance towards the residents of the state. In fulfillment of said obligation, the Chief Minister has complete authority to choose his advisors. Since an Advisor to the Chief Minister is not a post but an office which is not regulated by anystatutory rules, the argument that an advertisement should be issued is completely misplaced.”

The Court had observed that, “The appointment in question is not a civil appointment, but for the purposes of perks and rank only and thus, Article 16(1) of Constitution is not attracted.

For the purpose of adjudicating the present petition, petitioners have not been able to point out violation of any Constitutional or statutory provision which would disentitle respondent No. 4 from appointment to the post of Principal Advisor,” the Bench remarked.

The petitioners’ counsel had argued that without issuing any advertisement or conducting any interview after framing criteria the post in question had been filled up. It was further contended that in matters of appointment to any office under state, no post can be filled up without following Article 16(1) of the Constitution which provides for equality of opportunity for all citizens in matters relating to employment or appointment to any office under the state.

In reply, Advocate General Punjab, Atul Nanda, had argued that the petition suffered from lack of locus and maintainability as in service matters, no PIL is maintainable seeking a writ in the nature of certiorari. It is argued that Article 16(1) of the Constitution which provided for equal opportunity in the matter of appointment to a post cannot be made a ground by a person who is a stranger to the process and can only be taken recourse to by a person who falls in the same class or category of employment. After hearing the arguments, the Bench had said that present writ petition is not maintainable.

The Punjab and Haryana High Court had ruled that there was no violation of constitutional and statutory provisions in the appointment of political strategist Prashant Kishor as principal adviser to Punjab chief minister Capt Amarinder Singh. State’s advocate general Atul Nanda had argued that the petition suffered from lack of locus and maintainability as in service matters, no PIL is maintainable.

The Bench, while dismissing the plea, said that it was of the firm opinion that the petitioners had no locus to challenge the appointment. The appointment in question is not a civil appointment but for the purposes of perks and rank only, and thus, Article 16(1) of Constitution is not attracted, it said, adding that in case the appointment, as argued by petitioners, is only to accommodate some person which will put burden on exchequer, then it is for the public to take its call during the next elections.

The court further said that the petitioners have not been able to point out violation of any constitutional or statutory provision. They have filed a writ of certiorari (judicial review of a decision of a lower court or government agency) while seeking to espouse public interest.

In a number of judgments, the courts have held that in service matters no Public Interest Litigation is maintainable. Even if a challenge can be laid to any appointment, then only a writ of Quo Warranto (by what authority) can be maintained and that also if it is against statutory rules, the bench said, referring to various judgments in which it was held that a writ of Quo Warranto would be maintainable if challenge is laid to any appointment which is contrary to statutory rules. It is an admitted fact that no violation of any statutory provision has been pointed out in the appointment of Prashant Kishor, the Bench stated.

Interestingly, the development also comes at a time when in the wake of massive victory of TMC in West Bengal, Prashant Kishor had announced that he was “quitting” his work as a political consultant in the wake of the massive victory of the TMC in Bengal. It is worth noting that in December, in the face of several TMC leaders quitting TMC, Kishor had tweeted that he would quit the political space if the BJP were to cross a hundred seats in West Bengal. Even as his words turned out to be prophetic, post results which were a defining moment in the 10 year old career of Kishor, he announced that he did not want to “continue what he was doing.” In view of all this coming period would unfold interesting developments. 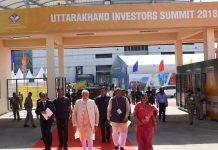