The Supreme Court (SC) on August 8 issued a notice to the Jammu and Kashmir government on habeas corpus petition filed by the family member of the Kathua rape case witness Talib Hussain.

The petition was filed before the SC seeking an urgent hearing against the alleged custodial torture meted out to Hussian.

The next hearing on the case will be held on August 21. The Jammu and Kashmir will file its response on the mentioned date.

The petitioner claimed that when social activist Hussain was helping the family members of the 8-year old victim, the police allegedly picked him up and there was no information as to where he is at present.

A bench headed by Chief Justice Dipak Misra considered the submission of senior advocate Indira Jaising, counsel for the petitioner, that Hussain had been brutally tortured in police custody in Sambha District of J&K and judicial intervention was needed.

The bench asked the state government to file the response in a week and asked the lawyers to serve a copy of the petition on the advocate general of the state.

An eight-year-old girl from a minority nomadic community was abducted and gang-raped in January in Kathua District of J&K. 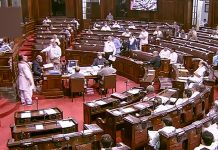 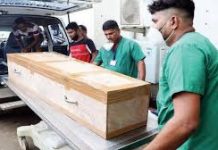