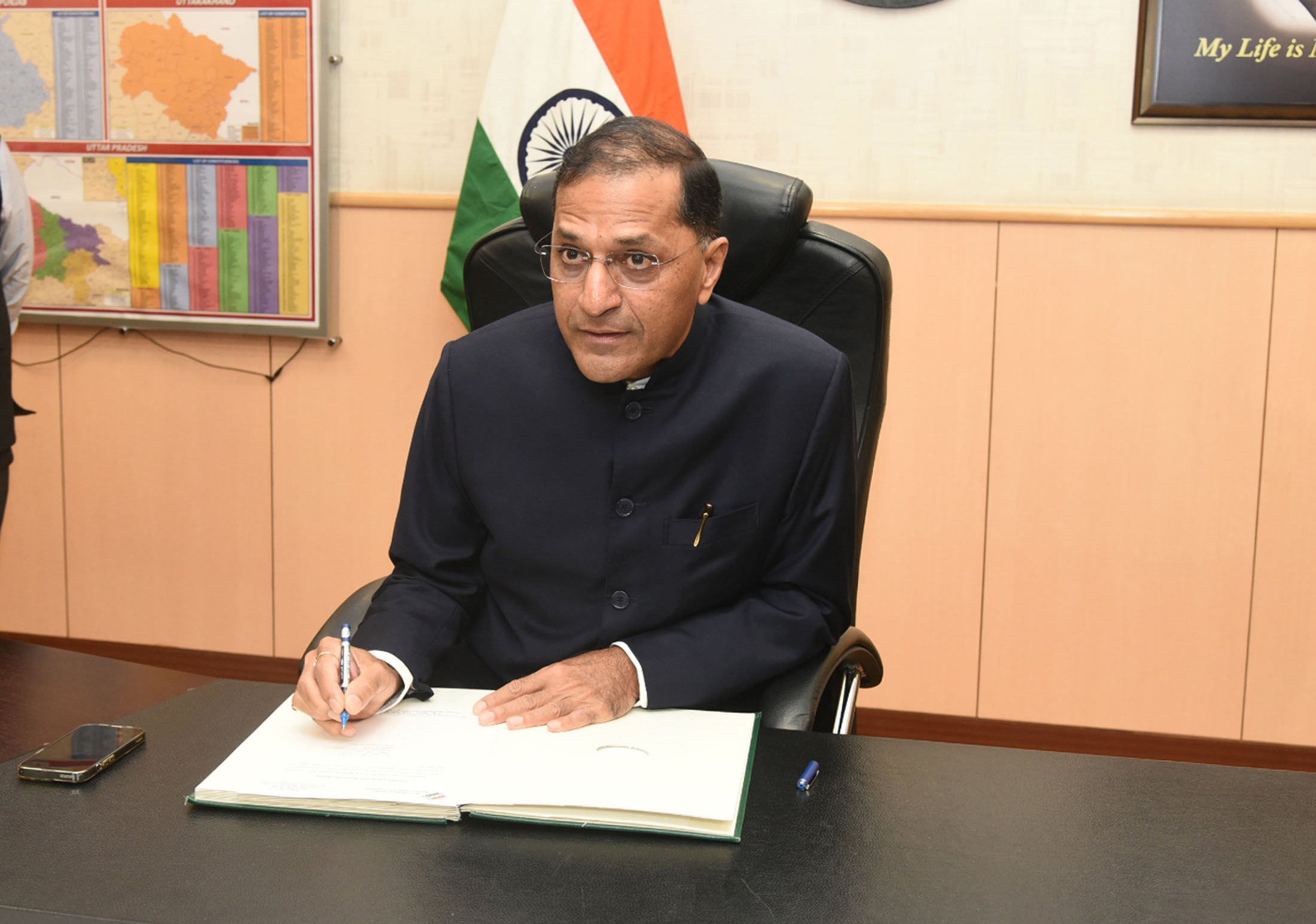 The court questioned the ‘lightening speed’ with which Arun Goel, IAS of Punjab cadre, was appointed Election Commissioner within a day after he voluntarily resigned, and also asked why a person, whose tenure would not last mandatory 6 year period ,was appointed, writes Mudit Mathur

A constitution bench of the Supreme Court of India posed tough and uncomfortable questions with regard to the procedure of appointments adopted by the political executive to select the members of the Election Commission of India (ECI) for less than a fixed period of six years. Undoubtedly, free and fair elections are the roots for the representative form of democratic governance and an independent Election Commission is very vital for the future of democracy as conceived by the founding fathers of the Constitution. But since independence, no law was enacted ensuring just, fair, transparent and reasonable process to appoint the members of the Election Commission which is against the constitutional mandate.

A Constitution bench headed by Justice KM Joseph and Justices Ajay Rastogi, Aniruddha Bose, Hrishikesh Roy and CT Ravi Kumar reserved the judgement after hearing batch of petitions challenging the way the appointment of members for the ECI being made on the many grounds including that the executive enjoys the unbridled power to make appointments in violation of Article 324(2), 14 and basic structure of the Constitution of India. While reserving the judgement on petitions seeking an independent mechanism to appoint Election Commissioners, the bench asked the parties to file brief notes, not exceeding 6 pages, within 5 days.

Advocate Prashant Bhushan had informed the court that while the matter was being heard that a 1985-batch IAS officer Arun Goel got voluntary retirement from service in a single day, his file was cleared by the Law Ministry in a single day, a panel of four names were put up before the Prime Minister and Goel’s name got the nod from the President within 24 hours for appointment on the post of Election Commissioner.

The matter further flared up during the hearing when a new member Arun Goel, IAS of Punjab cadre, was appointed and assumed the charge of the office of Election Commissioner with supersonic lightning speed that provoked the curiosity of the bench to look into the file of appointment to see methodology adopted behind it. Looking at the summoned records on the next day of hearing, Justice KM Joseph asked the Attorney General for India, R Venkataramani why a person, whose tenure would not last a mandatory 6 years period was appointed?

“We don’t have anything against an individual. This man, in fact, is excellent in terms of academics. But we are concerned with the structure of the appointment. On 18th, we hear the case, on the same day you move the file, on the same day the PM says I recommend his name. Why this urgency? It says based on the list maintained, there are 4 names that you have recommended. I want to understand that out of a vast reservoir of names, how do you actually select a name…Someone who was about to be superannuated in December. He is the youngest among the 4 names that were recommended. Is that a criteria? How did you select?”, Justice KM Joseph, the presiding judge of the bench, further asked.

Justice Ajay Rastogi also said that sometimes speed is required in appointments for some or the other reason. However, he pointed out that this vacancy had arisen on 15th May. “Can you show us from 15th May to 18th November, what did you do? What prevailed upon the government that you did this appointment superfast on one day? Same day process, same day clearance, same day application, same day appointment. File has not even travelled 24 hours also. Lightning fast!”, he remarked.

The AG responded that there is a certain basis for shortlisting, such as seniority, retirement, tenure he will have in the EC.  “So that one who is appointed gets at least 6 years as ElectionCommissioner.” Justice Joseph then pointed out that even among the 4 names that were shortlisted, the government selected names of people who will not get even 6 years as Election Commissioner.

“You are required to pick up people who should get 6 years as EC. Now you have not picked up such people who will get an ordinary period of 6 years as EC either.” This is a violation of Section 6 of the Chief Election Commissioner & Other Election Commissioners (Conditions of Service) Act, 1991, Justice Joseph pointed out while inspecting the records.

The procedure of selection to the constitutional post was challenged by batch of petitions, oldest being since 2015, and issue was referred to a constitution bench on 23rd October, 2018 by a two-judge bench comprising the then chief justice and Justice Sanjay Kishan Kaul, observing,

“The matter relates to what the petitioner perceives to be a requirement of having a fool-proof and better system of appointment of members of the Election Commission. Having heard the learned counsel for the petitioner and the learned Attorney General for India we are of the view that the matter may require a close look and interpretation of the provisions of Article 324 of the Constitution of India. The issue has not been debated and answered by this Court earlier. Article 145 (3) of the Constitution of India would, therefore, require the Court to refer the matter to a Constitution Bench. We, accordingly, refer the question arising in the present proceedings to a Constitution Bench for an authoritative pronouncement.”

The petitioners challenged the present system of appointment of chief election commissioner and other commissioners and prayed, “Issue a writ of mandamus or an appropriate writ, order or direction, commanding the respondent to make law for ensuring a fair, just and transparent process of selection by constituting a neutral and independent collegium/selection committee to recommend the name for the appointment of the member of the Election Commission under Article 324 (2) of the Constitution of India etc.”

The Association of Democratic Reforms filed a writ petition through its Founder-Trustee Prof. Jagdeep S Chhokar before the apex court challenging constitutional validity of the present practice of appointing the members of Election Commission solely by the executive being violative of Article 14, 324(2) and basic features of the Constitution.

The Petitioner also seeks writ of mandamus or an appropriate writ, order or direction for constituting a neutral and independent collegium/selection committee to recommend the names for appointment on the vacant post of the members of the Election Commission on the lines of the recommendations of Law Commission in its 255th Report of March 2015; Second Administrative Reform Commission in its fourth Report of January 2007; Dr. Dinesh Goswami Committee in its Report of May 1990; and Justice Tarkunde Committee in its Report of 1975.

In absence of legislation and continuing failure of the state to implement reports of Law Commission and various other committee, the petitioners urged the apex court that to use its extraordinary powers to ensure proper implementation of the rule of law and fill the vacuum occurred on account of the aforesaid inaction till such time the legislature steps in to cover the gap or the executive discharges its role.

The Law Commission of India and these committees more or less pleaded for the appointment of all the Election Commissioners should be made by the President in consultation with a three-member collegium or selection committee, consisting of the Prime Minister, the Leader of the Opposition of the Lok Sabha and the Chief Justice of India.

The petitioners strongly urged the apex court that in the absence of legislation and continuing failure of the state to implement reports of Law Commission and various other committees, it should use its extraordinary powers to ensure proper implementation of the rule of law and fill the vacuum occurred on account of the aforesaid inaction till such time the legislature steps in to cover the gap or the executive discharges its role. 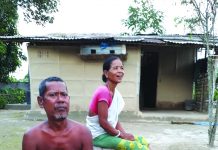