Noting that women and men officers should be treated equally, the Supreme Court on Tuesday cleared permanent commission for women in Navy.

“Women can sail with same efficiency as male officers, and there should be no discrimination,” the top court said.
The Court directed the government to comply with its order within three months.

A gender discrimination cannot be permitted with women officers in Navy after statutory bar was lifted by Centre to allow entry of women, a Bench headed by Justice DY Chandrachud said.

“Once statutory bar was lifted to allow entry of women officers then male and female officers are to be treated equally in granting permanent commission,” the court said.

In February this year, the top court had said that the permanent commission will apply to all women officers in the Army, irrespective of their years of service. 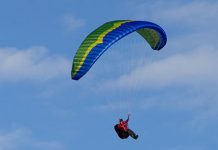