The Supreme Court on Friday directed all political parties to submit in sealed-cover receipts of electoral bonds and details of identity of donors to the Election Commission (EC) by May 30.

In an interim order, the apex court asked political parties to furnish names of donors who donated through electoral bonds, amounts received from them along with their bank accounts to the poll panel.

The order was passed by a bench comprising Chief Justice of India Ranjan Gogoi and Justices Deepak Gupta and Sanjiv Khanna in a petition filed by Association of Democratic Reforms.

Attorney General KK Venugopal had told the court that the purpose behind the electoral bonds was to eliminate the use of black money in elections.

The petitioner has questioned the validity of various amendments which were brought through Finance Act 2017 and Finance Act 2016 in Reserve Bank of India Act, Representation of the People Act, Income Tax Act, Companies Act and Foreign Contribution Regulation Act. 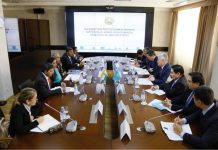