The Supreme Court on Thursday adjourned the hearing in Ayodhya case till January 29 after one of the judges recused himself.

Justice UU Lalit recused himself from hearing into the Ram Mandir-Babri Masjid matter after objections raised by Muslim parties as Justice Lalit had represented former Uttar Pradesh chief minister Kalyan Singh as a lawyer in a Babri Masjid case.

Reports said that a new five-judge bench would have to be constituted to hear the Ayodhya case as Justice Lalit recused himself from hearing.

The other judges on the Constitution Bench are Justice NV Ramana, Justice SA Bobde and Justice DY Chandrachud.

The Ram Mandir case has been pending in the top court for six decades.

On Tuesday, the court set up the five-Judge Constitution bench of the Supreme Court headed by Chief Justice Ranjan Gogoi to hear the title suit in Ram Janmabhoomi-Babri Masjid case.

The Supreme Court had last week said the appropriate bench that will hear a batch of cross appeals against the Allahabad High Court judgment in 2010 on the Ayodhya case will decide the future course of the hearing.

A bench comprising Chief Justice Ranjan Gogoi and Justice SK Kaul said that further orders would be passed by an appropriate bench on January 10. 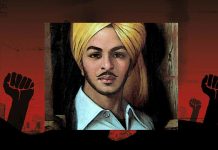 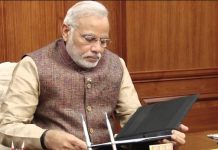