The Supreme Court on December 7 issued a notice to the Enforcement Directorate (ED) on fugitive tycoon Vijay Mallya’s plea seeking the stay on the ongoing proceedings initiated by the ED in a Mumbai court to declare him a fugitive economic offender.

An SC bench comprising Chief Justice of India Ranjan Gogoi, Justice Sanjay Kishan Kaul asked the ED to file a response on Mallya’s plea seeking to ward off the “fugitive” tag against his name.

The top court bench, however, refused to stay the proceedings initiated by the ED.

Earlier this month, Amit Desai, counsel for Mallya, had said that he cannot be termed a “fugitive economic offender”, as he was arrested in the UK and is facing an extradition trial there. Desai is arguing against him being declared a “fugitive economic offender” under the Fugitive Economic Offenders Act that has provisions for confiscation of property even before the trial.

Mallya is facing money-laundering charges and was arrested in the UK last year and immediately granted bail. He has been facing trial since December last year; both ED and the Central Bureau of Investigation have filed several cases for alleged loan default against him. 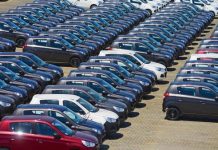