Saudi Arabia on June 4 issued the first driving licenses to 10 women by breaking the long-held restrictions on women drivers. The press release stated that the Saudi General Traffic Directorate began to issue domestic driving licenses to women who already have international licenses of other countries including U.S., U.K., Lebanon and Canada.
Saudi women will be allowed to begin driving from June 30.
A brief driving test and eye exam was taken before issuing the licenses at the General Department of Traffic in the capital, Riyadh.
In September 2017, the kingdom abolished a ban on women driving. The remarkable initiative by Crown Prince Mohammed bin Salman’s is a far-reaching liberalisation drive as he seeks to modernize and improve the conservative image of the country.
The surprise move came in after the detention of Saudis who were campaigning for the women’s right to drive. The incident that took place last week in the kingdom in which activist campaigning for the right to drive were arrested.
The incident invited huge criticism from around the world. According to the reports the country detained 17 people for “undermining” security.  Out of 17, eight were temporarily released and nine suspects, including four women, are still in custody.
Even the rights groups have identified many of the detainees as women campaigners, who were calling for gender equality regarding the right to drive and to end the conservative male dominating system.
According to reports some of the detainees are branded as “agents of embassies”.
The lifting of the driving ban was initiated by the son of the Saudi king, Crown Prince Mohammed bin Salman. Earlier also the prince has ordered a number of changes that focused on improving the lives of Saudis. 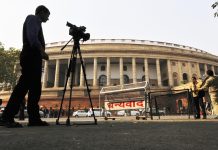 Centre, Apex Court locked in a battle of attrition 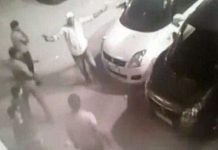