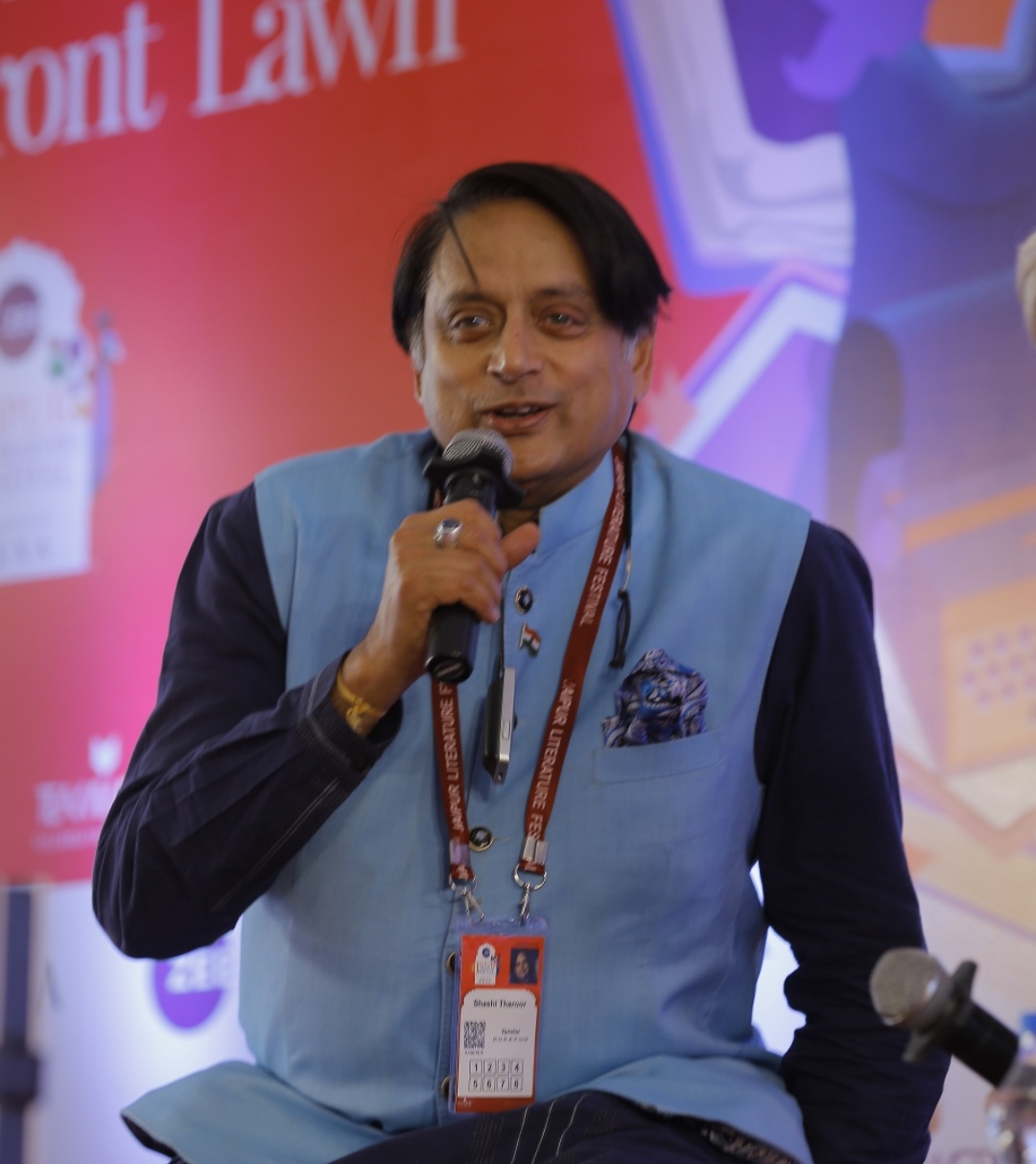 Jaipur: Even when Shashi Tharoor is invited to talk about himself, there is no escaping the politician in him. Stoking a new controversy during his session, Shashi at the ongoing 13th Jaipur Literature Festival, said VD Sarvarkar supported the two-nation theory three years before the Muslim League defined it at the Lahore session in 1940.

In a free-wheeling conversation with Michael Dwyer, Managing Director, London’s Hurst Publishers, he not only trained his guns at the ruling government, but also spoke about political atmosphere in contemporary era, lamenting lack of humour, and a baleful sense of embitterment amongst rivals.

Notorious for not mincing his words, the Lok Sabha MP attacked Sarvarkar and Hindutva that religion should be the basis of nationhood. “In the nationalist movement, there was one split everyone knows about as Partition which was not about ideology, Marxist vs Capitalist or even geography. It was about should religion be the determinant of nationhood.”

“Those on the Muslim side supporting this, created the idea of Pakistan while a vast majority on the Indian side led by Mahatma Gandhi and Nehru, and many other followers, said ‘no, religion does not determine your identity, it does not determine your nationhood, we fought for the freedom of everyone and created a country for everyone. They wrote a Constitution that embodied that and who explicitly rejected that? The Hindutva movement. And in the historical cannon, the first advocate of the two-nation theory was VD Sarvarkar as the head of the Hindu Mahasabha who called upon India to recognise Hindus and Muslims as two separate nations.”

Criticising Sarvarkar’s idea of Hinduism, Tharoor further said, “According to him, a Hindu was somebody for whom India was his pitrabhumi, the land of his ancestors, and his punya bhumi, his holy land. So, by that definition, Hindus, Sikhs, Buddhists and Jains filled both the categories but Muslims and Christians did not.”

The British national Dwyer also questioned why the legacies of Gandhi and Nehru was under direct and unflinching attack at the moment, who also agreed that they now hold their hands up about their “shameful” colonial past. “It is because those have come to power come from a very different political tradition,” Tharoor answered.

He also condemned the Centre for using Mahatma Gandhi for his brand value while they “toss around” his values and principles of secularism. “Gandhi has been reduced to his glasses(for the brand value) for the Swachh Bharat campaign by this government.”