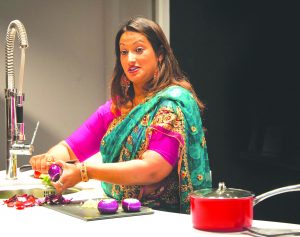 Sarah Ali Choudhary cannot be called an accidental chef because that would be an affront to the passion that she’s carried in the deep recesses of her heart since childhood. Having dabbled into banking and real estate sectors for some time, the British-Indian origin did a ghar vaapsi to her first love – food, a move that has only brought her not just inner peace but numerous accolades and popularity.

“Having been born in the food industry and working for years in it, I had left after marriage and children and then after working in corporate industries including banking and property I came back to food. I wanted to ensure that I had the necessary qualifications etc although it was a shock to everyone who knows me because working in the kitchen is one of the things I was not dying to do,” she says how she decided to take up cooking professionally, while talking to Tehelka during her recent visit to India.

Her trade-off has brought her rich dividends like the New Kid On The Block Award as the United Kingdom’s Best Start-Up Award for Easy Curry that she won in 2017, and the moniker of ‘Curry Queen’. The title which Choudhary carries with a humble effortlessness is also a telling example of how women are fast taking over the largely male dominated hospitality industry, something the she herself has always been vocal about.

Ask her how it feels to shoulder the heavy duty tag of breaking the glass ceiling, and she blushes to have been flattered. “Male chefs and industry leaders are open to change and forward thinking nowadays however, as long as the women are not holding the spotlight! They can find this overwhelming,” she says candidly.

“I am enjoying raising awareness and getting more and more women coming to the surface about their love for food and catering. Many women have left corporates or their day job to invest in a business they can call their own and work in the kitchen, train other women to do the same or something similar. For me, it has been a slightly different journey,” shares Choudhary who was born into the Indian restaurant trade and was the youngest Asian female to ever run an Indian restaurant in the UK.

“I have trained men and women to work for many years and I believe I was trained by the best — my father Rafique Choudhury who moved to UK at a very young age. Dad is a perfectionist. So being trained by him was very tough but gave me a great platform for the future,” she smiles. “He also encouraged me and my mum to run the restaurant. For years this sparked interest from journalists and the likes but to us it was just normal,” she adds.

She is however, peeved at the current state of affairs in the industry. “Three years ago when I re-entered this industry it wasn’t to open a restaurant because I don’t feel that England has a lot to offer for the indian restaurant trade. They have made conditions almost unbearable with immigration rules, pay, staffing, and costs. By the time you start an Indian restaurant the work you would have to put in and the investment that would take years to find itself back to you in my opinion is a recipe for disaster.

Unless things rapidly change, including immigration laws and policy, I almost feel sorry for anyone who tells me they have a restaurant,” Choudhary says, hinting clearly that her future plans will have India as the one-stop destination.

As the conversation veers further towards the huger-gender gap in the industry, we ask why is it so when the kitchen is essentially women’s domain in households.

“While I have been heavily researching the Indian food industry in the UK I have come to know that it is less than one in five women that are chefs generally and less than that are Indian. I think this gender gap comes from the traditional culture and values evident in people who have left their homeland and started a life in another country but their mindset of their homeland is as they left it.”

“They don’t realise that things in India, Bangladesh, Pakistan have moved on from when they left their countries and started a new life elsewhere. Where those people have bought their families over, they are doing what they feel best in terms of being protective and not exposing them to a life of hard work.” She, on the other hand, also applauds the Indian hospitality industry compared to the UK counterpart.

“Upon my recent visit to India, I have seen how far ahead and forward thinking Indian people are in terms of culture. Everyone is working and there is hardly a gender gap in the food industry. England is definitely way behind in this sense.”

Choudhary, though born in the UK, has not let go of her Indian roots which also reflects in her food. She cooks ‘authentic’ Indian food and bats for everything Indian, for its rich heritage and culture. What constitutes authentic Indian food?

“When I say authentic, the reason behind this is because Indian restaurants in the UK have created food for the Western palette. To ensure their dishes on the menu sell they had to change flavours and create dishes. Usually for marketing, promotion and PR. Understandably, a few restaurants have tried to keep within the original flavours but the concept of Indian food is not widely accepted,” she shares.

“Years ago it wouldn’t have been though purely because of the spices, flavours, colours etc of the food. The food I cook is what I eat at home. These are recipes passed down from generations. Also, because I am not in a restaurant or dealing with hundreds of people at a time, I don’t need to adapt my food for the masses. Instead, my concept of Indian food is to teach people how we eat, what we eat and why we eat it,” proudly speaks the Indian in her.

What are the new food trends to watch out for in the new decade? “Fusion food is not new but I always find it exciting. Sustainability is huge in England at the moment and so is vegan, although India has been following both of these through from centuries back. This is why I believe that India is so ahead of the game,” she gives an insight.

“I love seeing Indian food served traditionally, on banana leaves or the ultimate rustic look. I am not dying for a small dollop of food on a ginormous plate, with a Michelin star that costs a fortune. This is following French cuisine which is fine if you are in France. The Fine Dining concept is outdated in my opinion. When it comes to real Indian food, it is nice to see that the portions are bigger and the flavours are intense.” 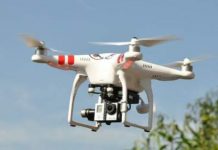