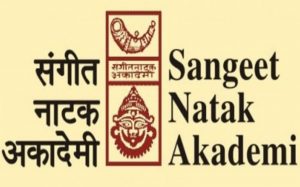 The National Academy of Music, Dance and Drama, Sangeet Natak Akademi (SNA) will launch the second phase of the Web Campaign SĀNJHI –MUJH MEIN KALĀKĀR very soon. An initiative to document and promote the Intangible Cultural Heritage (ICH) and diverse cultural traditions of the country by direct public-participation.

With the term SĀNJHI literally meaning to share and to partner, the participant will showcase their talent in the fields of music, dance, drama, puppetry, folk, and tribal arts, culinary skills, painting, sculpture etc. during this unique talent hunt campaign.

The main focus area of the second phase of this campaign, SĀNJHI –MUJH MEIN KALĀKĀR, include the folk, traditional, customary, socially events and ritualistic art forms- woven as a cultural fabric. It will happen around the harvest festival season of January which is celebrated all across the country, known as various nomenclatures like Makar Sankranti, Pongal, Lohri, Bhogali Bihu, Torgya, Uttarayan, Attukkal Pongal etc.

It projects to propose forms that conform with the domains of intangible cultural heritage as per the Convention of Safeguarding the ICH under UNESCO such as oral traditions and communication, containing language as a vehicle of the intangible cultural heritage; performing arts; social practices, rituals and festive events; knowledge and practices concerning nature and the universe; traditional craftsmanship.

The first phase of this campaign was earlier initiated in the month of November 2018 during the festival season of Diwali. Many people participated with great enthusiasm, they uploaded various audios and videos for music, dance, poetry recitation etc. and pictures for visual art forms like painting, craftwork, terracotta work, rangoli, written poetry, etc. More than 500 entries were received from various regions of the country. A Screening Committee, constituting of various Cultural Bodies and eminent artists availed the opportunity to witness the talent reservoir of the country and considered many as worthy for further promotion and commendation.

The Sangeet Natak Akademi (SNA) is the nodal agency of the Ministry of Culture, Govt. of India to manage the matters related to Intangible Cultural Heritage and various UNESCO Conventions addressing Cultural Diversity and promotion and dissemination of multifarious cultural traditions and expressions of the country. 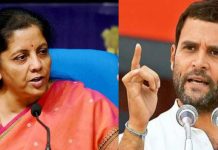