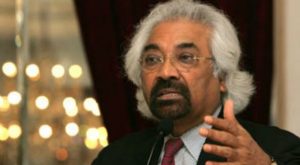 Senior Congress leader Sam Pitroda on Friday apologised for his ‘Hua to Hua’ remark on the 1984 anti-Sikh riots. He said that he was misrepresented and blown out of proportion. He expressed regret over the controversial statement.

The Indian Overseas Congress chief said that the statement he made was completely twisted and was taken out of context as his Hindi is not good, what he meant was ‘jo hua vo bura hua,’ but could not translate ‘bura’ in his mind.

Pitroda apologised shortly after his party distanced itself from his comments and warned all its leaders to be careful.

“Any remark made by any individual is certainly not the opinion of the party. We advise all leaders of our party to be careful and sensitive,” the Congress had said earlier.

“We continue to support the quest for justice and stern punishment for those found guilty in the 1984 riots as also the frequent acts of violence, including the 2002 Gujarat riots,” the Congress added.

“We abhor violence of any kind, against any person or a group of people based on their caste, colour, region or religion,” it said.

The Congress’s clarification came hours after Prime Minister Modi today in an election rally in Haryana’s Rohtak said that Pitroda’s remark was a reflection of the Congress’s “arrogance and character”.