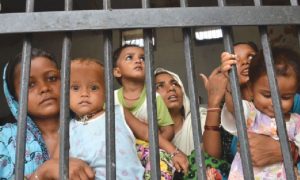 As the Covid-19 cases continue to rise across the country, it has been a severe challenge for many government institutions to confront the consequences of a widespread outbreak. The release of 3500 prisoners by the courts in Delhi is a welcome step in helping the authorities to better fight the Covid-19 challenge.

The case of jail inmates lodged in the hundreds of prisons across the country remains a cause of concern for the authorities. The overcrowding, coupled with the lack of proper infrastructure, in the Indian jails heightens the danger of a swift outbreak at the slightest sign of carelessness.

While India ranks fifth in terms of prison population after the US, China, Brazil and Russia, the country has, fortunately, prevented any infections from reaching any prison so far. The reports of Covid-19 outbreak have came from many countries, including China, Iran, Kenya, India, Belgium, Spain and the UK.

Some countries have gone to the extent of freeing up convicts lodged in prisons to lessen the chance of an infection and ease up the burden on government. India’s Tihar Jail in the Capital city Delhi freed up around 3,000 inmates by March to ease congestion in the facility, not including hardened or dangerous criminals.

When it comes to women inmates, there are additional precautions to be taken in terms of health and hygiene and their daily needs. In this context, the National Commission for Women (NCW) has issued a detailed advisory to the state prison in-charges in respect of the situation of the women inmates lodged in their respective jails. The advisory asked the prison authorities across the country to take immediate action to decongest the overcrowded women wards of the prisons and to provide them with all facilities to deal with the Covid-19 pandemic.

It further directed the authorities to provide all basic amenities including medical care to the women inmates, which they may need to tide over the situation. The advisory suggested for prompt legal action to help bail out the undertrial women inmates, which would also help in decongesting the jails.

“Since the number of under-trials women prisoners, languishing for a long period, is very significant, one way to decongest the women ward is to ensure prompt legal action to get them released on bail. This matter, therefore, should be taken up with State Legal Services
Authority (SLSA)/ District Legal Services Authority (DLSA),” NCW said.

The NCW asked the states to take all steps to ensure the women inmates stay safe amid the global pandemic. “Prison authorities should also arrange and encourage video conferencing of the prisons with their family members, as it is essential for the psychological and mental wellbeing and strength of the Prisoners and their family members,” NCW said.

The advisory also asked the prison in-charges to ensure the availability of medical specialists for the women wards. “The healthcare services in the prisons, particularly during the period of lockdown, should be augmented, with provisions for medical check-up and arranging for services of the Specialists like Psychologists, Psychiatrists, Psychiatric Social Worker, Gynaecologist, on visit basis in the prison itself,” it adds.

It further asked the authorities to adopt a therapeutic approach and treat the women inmates with compassion. The government data on prisons suggests there are over 19,242 female inmates lodged in various prisons at national level as on 31 December 2018. The states of Maharashtra and Delhi accounted for the highest female prison inmates up to the specified date.

The lack of adequate medical facilities and healthcare infrastructure available in India adds to the challenge of managing the consequences of an outbreak in any prison. The Indian jails are known to be unhygienic and mostly hazardous and dangerous for the inmates and in such a situation, it becomes a monumental task to manage the situation in case of an infection.

For perspective, there is a 40 per cent shortage of medical personnel posted in Indian jails, as only 1,914 medical personnel actually exist against the  sanctioned strength of 3,220 (2018 data), as per the data from Prison Statistics of India (PSI). This means that the country has only one medical personnel for about 243 inmates, with Jharkhand faring the worst which has about 1,375 inmates per medical staff, followed by West Bengal (923) and Uttar Pradesh (737).

A committee set up by the Supreme Court took note of a letter from a human rights organisation seeking enhanced healthcare facilities for Safoora Zargar, including other pregnant women currently in detention. Delhi police arrested Zargar on the allegations of ‘collusion’ in the riots that took place in the capital city and charged her with the stringent UAPA anti-terror law. DG (prisons) Delhi assured the committee that adequate arrangements were made for Zargar and other pregnant women lodged in women jails. The courts have been giving increasing focus to the condition in jails after the outbreaks were reported at crowded places.

In one incident, about 200 women inmates had to be shifted out of a Ludhiana jail after one of the inmates was found to be Covid-19 positive. The inmates were shifted to Pathankot jail to ensure the safety of the remaining inmates and to focus on maintaining social distancing in the affected prison. Another 200 inmates lodged in Borstal jail were shifted to Faridkot jail on April 19 due to coronavirus fears. The timely action by the authorities saved the inmates from the contracting the disease, and such alertness if practiced in other places could avert an outbreak.

Besides, the limited facilities and infrastructure present in the Indian jails can make it very hard for the authorities to manage an infection if it crossed a certain level. The courts are right in asking for release of undertrial and harmless prisoners, some of whom have been languishing in the jails for want of bail amounts. The detainees could even be offered a parole if not a permanent release.

The states of Gujarat, Maharashtra and Delhi have the most Covid-19 cases in India and while the government claims they have been able to flatten the curve, there still is a significant risk of an outbreak. The government needs to be alert and ready in case of a fallout and be able to deal with any emerging situation.

There are reports of security personnel including those from the BSF, CRPF and certain state policemen contracting the virus in large numbers, which is not a good sign. When the security infrastructure of a state is robust and strong only then can it be in a position to deal with such exigencies with a cohesive response.

Therefore, this global pandemic deserves a decisive response as it continues to be a formidable challenge to the humanity on all levels. India on its own can set an example for the world by optimum utilisation of its limited resources to nip this menace in the bud. 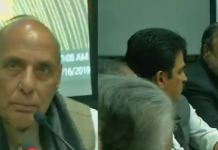