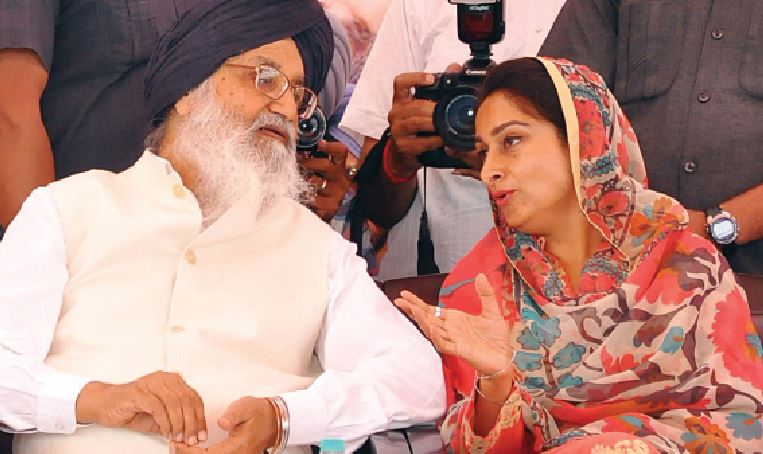 With an eye to check its sagging strength and consolidate ground, the oldest regional party Shiromani Akali Dal (SAD) has started holdings discussions with other regional parties to build an alliance so as to fight BJP and Congress.

The step was taken after SAD core committee gave its go-ahead to get in touch with leaders of all the parties, except for Congress and BJP.

Chandumajra says that party’s patriarch Parkash Singh Badal, has also planned to write to all the regional political parties in coming days especially during parliament session inviting them for a meeting at New Delhi to chalk out a common strategy and the action plan.

According to Chandumajra, efforts are also afoot to rope in DMK, BJP, INLD and Samajwadi Party, besides a few others, in the possible new front.

Asked about bad blood with SAD’s erstwhile ally BJP, Chandumajra said that regional parties have felt that ever since BJP came into power in 2014, states’ interests are being ignored. “Everyone knows the SAD has always fought to strengthen the federalism, while the parties like Congress and BJP when in power, have always had upper hand leaving little with the states’’, he added.

Other SAD leaders have also told media that the meetings with leaders of some of the regional parties have been held with a common intention of opposing the Centre’s intervention in the states’ rights. It has also been repeatedly evident how the Centre has been suppressing the states’ rights over subjects such as law and order, finances and now agriculture, the leaders said and added that the fiscal condition of states has been bad after GST and now the agriculture laws are an interference into farmers’ rights.

Meanwhile, the SAD initiative to join hands with other regional parties is also being seen as its attempt to again get relevant with the farmers as it was the SAD only which had been one of the oldest allies of the BJP-led National Democratic Alliance (NDA). It had snapped ties with NDA about four months and its MP Harsimrat Kaur Badal quit Modi Cabinet in protest against the said farm laws.

The SAD-BJP combine which ruled Punjab for two successive terms faced a drubbing in 2017 election when SAD won only 15 seats of the total 117 and BJP, three. The Aam Aadmi Party (AAP) is the main opposition in the state with 20 MLAs. A series of incidents of sacrilege of Guru Granth Sahib across the state in 2015, caused a major dent to the SAD, particularly among the Panth, the party’s key support base.

Already on a bumpy ride, the BJP in Punjab too has a tough road ahead in the civic bodies elections scheduled for February 14 in Punjab, courtesy raging farmers’ anguish and other disadvantages arising thus. In alliance, while BJP helped SAD in mustering urban votes, the SAD supported the saffron party in other sections to garner votes.

The eight municipal corporations and 109 municipal councils (or nagar panchayats) go to polls on February 14 and with this the model code of conduct has also come into force while the results would be out on February 17. In a first, 50 % seats have been reserved for women in the said polls.

The saffron party has almost always partnered with the Shiromani Akali Dal (SAD) — the oldest ally of NDA — in all elections and often formed government in the past, though it has received blow after blow since the past about four months when the SAD snapped its ties with it over the contentious farm laws.

While BJP leaders continue to face farmers’ wrath in different parts of the state, several of its leaders including former state vice president Balwinder Singh and some former district unit presidents have left the party and joined SAD since. They too cite farm laws as the reason for parting way with the BJP.

It is thus for the first time that the BJP and SAD would go separately in the civic bodies polls and face the anguish galore against farm laws.

The party leaders, however, put up a brave face. The BJP chief spokesperson Anil Sarin says that the party takes the said challenge in a positive way and is prepared to go to hustings alone.

“Since there was an increasing feeling among the party members that they wanted larger seat share and were not getting space in the SAD-BJP government combine and thus wanted to jettison SAD. The said departure of a few BJP leaders for SAD is also a minor shift as over 3,000 distinguished people including former judges, retired bureaucrats have joined BJP during the past four months’’, he says.

On the question of farmers’ anguish, Sarin reiterates that they are being misled by some people as the said laws are to benefit the farmers.

It may be recalled that the BJP has already announced to fight alone all the 117 assembly seats in 2022 elections.

Founded in 1920, the second oldest party (after Congress) in the country, the SAD holds a sway not only in Punjab but is also the largest and most influential Sikh political party across the world. The SAD also controls the Sikh religious bodies — Shiromani Gurdwara Prabandhak Committee and Delhi Sikh Gurdwara Management Committee.

Though it fought provincial elections in pre-independence times, the party undertook a movement for a Punjabi speaking state out of undivided East Punjab in 1950 and got formed it in 1966. Spreading its wings, the SAD has also started fighting elections in Haryana (2009 and 2014) and Delhi (2013 and 2015). The SAD has drawn its strength from its leaders including the stalwart like Parkash Singh Badal, about 93 and four-time chief minister of Punjab, who is respected as one of the tallest leaders by most leaders beyond the party lines. 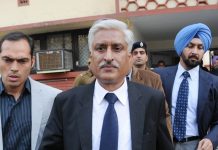