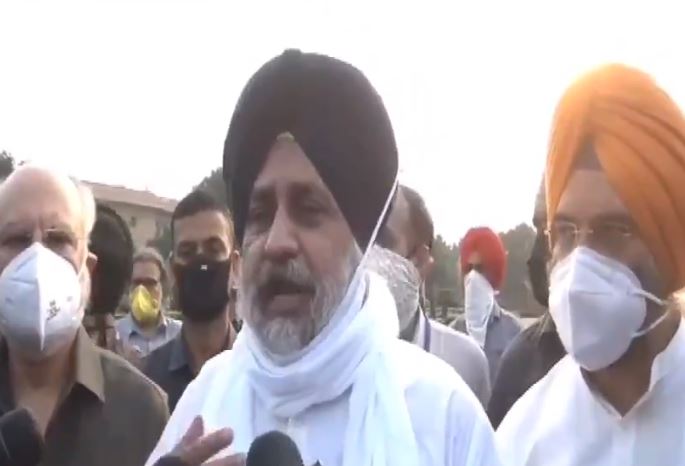 A delegation of Shiromani Akali Dal (SAD) on Monday met President Ram Nath Kovind over farm bills which was passed in the Parliament.

SAD president Sukhbir Singh Badal said, “We requested the President not to sign on ‘anti-farmer’ bills that have been forcefully passed in Rajya Sabha. We requested him to send back the bills to the Parliament.”

“Urging President of India not to sign the Bills on farm issues & return them to #Parliament for reconsideration. Please intervene on behalf of farmers, labourers, arhtiyas, mandi labour & Dalits, or they will never forgive us,” Badal said.

“Democracy means consensus, not oppression. A sad day for democracy indeed if it leads to ‘annadata’ starving or sleep on roads,” he added.

Congress MP Shaktisinh Gohil today said that 12 opposition parties have sought time to meet President Kovind in connection with the farm bills. He mentioned that farm bills had been passed by Rajya Sabha on Sunday without voting.

The parties have requested the President to not give ascent to the Bills, he added.

On Sunday, Rajya Sabha passed the Farmers’ and Produce Trade and Commerce (Promotion and Facilitation) Bill, 2020 and Farmers (Empowerment and Protection) Agreement on Price Assurance and Farm Services Bill, 2020, amid protest and chaos by Opposition MPs.