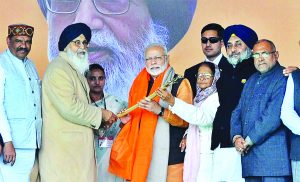 The quitting of senior Shiromani Akalri Dal (SAD) leaders including Ranjit Singh Brahmpura, Rattan Singh Ajnala and now Sher Singh Ghubaya have weakened the party even as the strength of the Congress  has been going up. The Aam Aadmi Party (AAP) too has seen serious trouble in the party’s ranks and file. The 2019 Lok Sabha elections will therefore present a much different political picture. The Congress is claiming it will win all the 13 LS seats at stake. Will the SAD-BJP alliance able to stop the Congress party’s victory campaign? AAP also seems unlikely to repeat its tally of 4 seats in 2014 LS polls.

The Shiromani Akali Dal (SAD) has suffered setbacks one after the other in the past few months. Even before the party could recover quitting of senior SAD leaders including Ranjit Singh Brahmpura and  Rattan Singh Ajnala, another senior leader and Member of Parliament from Ferozpur, Sher Singh Ghubaya left the party to join the ruling Congress. However, to save its face the SAD claimed it had expelled Ghubaya.

There is no doubt that the relations between Ghubaya and SAD president Sukhbir Singh Badal had been tense for the last one year. It finally resulted in Ghubaya leaving the SAD in a huff. In his resignation letter, Ghubaya cited ‘wrong policies’ of party president Sukhbir Singh Badal as the main reason behind leaving the SAD. In fact with the Congres having gained strength in Punjab in the lst two years it was not very difficult for him to see on which side the grass was greener. With the Lok Sabha elections drawing near and the Congress likely to win most of the seats in Punjab, Ghubaya must have wanted to place himself in a winning situation from the party in power in state.

For quite some time Ghubaya, an important Rai Sikh leader who has got a good hold in the Rai Sikh community in Ferozpur and surrounding reions had been claiming that he had been sidelined by the SAD leadership. Ghubaya, who has been a close friend of Sukhbir Badal in the past and even helped him win elections, complained that on many occasions he was not invited to attend party meetings. Many times he was not involved or consulted in the party matters or while taking crucial decisions. This, despite the fact, that he has been party MP twice.

Ghubaya claimed that SAD leadership even discouraged him from active participation in Parliament. He was not even given time to ask any questions in the Parliament. Now Ferozepur MP Sher Singh Ghubaya who joined the Congress in the presence of party president Rahul Gandhi, AICC in charge for Punjab Asha Kumari and Punjab Congress president Sunil Jakhar is likely to get the Ferozpur ticket for the forthcoming Parliament elections, according to sources. However, Congress minister Rana Sodhi and his son are also among ticket applicants from Ferozpur Lok Sabha constitency. Ferozpur is considered an important seat by all parties. Ghubaya or no Ghuyaba, SAD will be keen to retain  its hold on the seat.  There have been talks recently that SAD could field its president Sukhbir Singh Badal this time from this seat.

Davinder Ghubaya became the youngest MLA in the Captain Amarinder Singh-led Congress government in Punjab. From then it was a matter of time before Sher Singh Ghubaya too switched sides. The strained relations with Sukhbir Badal and the opportunity in the forthcoming Lok Sabha elections allowed ghubaya to finally take the plunge to join the Congress.

All these recent developments have crated new polItical equations in Punjab. The break up of SAD weakened the SAD-BJP alliance and the prospects do not look too bright for the forthcoming Lok Sabha elections. In the 2014 Parliamentary polls, the SAD-BJP combine had won 6 out of 13 seats at stake. The AAP had won 4 seat, while the Congress won the rest of the 3 LS seats in Punjab.  However, with the death of BJP MP from Gurdaspur Vinod Khanna in 2017, the SAD-BJP alliance lost a seat. By winning the same Gudaspur seat the Congress increased its tally to 4 seats when Sunil Jakhar won the contest.

In the 2017 assembly elections the Congress, which had been out of power for 10 years, registered a landslide victory in Punjab under Capt Amarinder Singh. In contrast the SAD-BJP suffered a humiliating defeat and could not even gain the position of the main opposition party. It was the AAP which gained that position.

The SAD-BJP combine was supposed to lose due to the anti-incumbency factor as it had been in power for two consecutive terms from 2007 to 2016. Unfortunately in the last two years the SAD has not made any gains. Instead it has only been weakened more as more of its leaders have quit to join some other party. The SAD now fears a long-term decline. It is a worriwsome factor. SAD can be compared to the Indian national Lok Dal’s (INLD) status in Haryana. In the year 2000 to 2005 the INLD in alliance with the BJP ruled the state with Om Prakash Chautalas as the all powerful Chief Minister. In 2005 the Congress won the assembly elections and ruled for 10 years. Now the BJP has been in power for the last four and a half years and the INLD is facing a question of survival.

So bad is the INLD’s current status in Haryana that the party was relegated to the fourth position in the recently held Jind-by poll where the ruling BJP wrested the seat from the INLD. The newly formed breakaway group from the INLD-Jannayak Janata Party’s (JJP) candidate Digvijay Vijay Chautala put up a creditable fight to remain second in the Jind by-poll. Congress stood third, but the INLD remained fourth and last.

The supposedly ‘panthic’ party, headed by Parkash Singh Badal, even after the departure of the leaders like Tohra, Talwandi and Barnala, was able to shape politics in Punjab for a long time. This was despite the fact that the SAD was perceived as primarily concerned with the rural Sikh community. What balanced the situation was the coalition with the ‘urban based’ BJP party.

However, the massive defeat suffered by the BJP has weakened it. The SAD-BJP combine therefore does not seem to have too many bright prospects in near future. The combine will have to wait for the ruling Congress to make mistakes in the next few years so that anti-incumbency could grow. SAD will also have to ensure that AAP does not fill the vacuum expected to be created by the Congress. 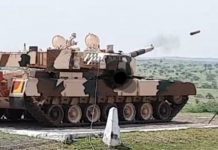 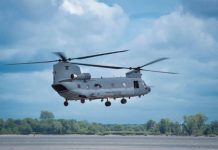