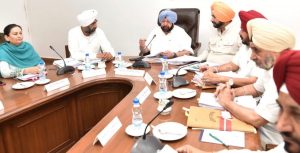 A spokesman of the Chief Minister’s Office said that this decision has been taken in wake of the Report of Inquiry of the Justice (Retd.) Ranjit Singh Commission, which was discussed and deliberated upon in the special session of Punjab Vidhan Sabha on August 28, 2018.

It was observed by the House that, even after a lapse of three years from such entrustment of investigation, no report has been filed by the CBI.

Given this and considering the importance of the issues at hand, the Vidhan Sabha viewed it appropriate that the incidents of sacrilege to Sri Guru Granth Sahib which occurred at Kotkapura, Bargari, Behbal Kalan and the related incidents of police firing, for which cases were registered and investigation entrusted to the CBI be withdrawn from it and be investigated by SIT.

It was also felt by the August House that this course of action would bring an efficacious conclusion to the issues of high public importance, would ensure that emotive character of the issue does not adversely affect the civil society in the state of Punjab and would be in the larger public interest.

The state government had constituted a Commission of Inquiry headed by Justice (Retd.) Ranjit Singh on April 14, 2017, which was mandated to conduct an enquiry into the cases of sacrilege of Sri Guru Granth Sahib, Bhagwad Gita and the Quran.

Two persons had been killed in the police firing on the protesters demanding probe into the sacrilege incidents in 2015 at village Behbal Kalan in Faridkot district. 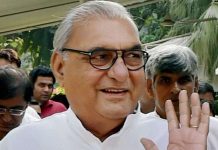