The BJP unit in Kerala has called for a “protest day” on Sunday after a party leader was detained while he was trying to reach the Sabarimala temple on Saturday despite the police stopping him.

According to the sources, the protesters blocked roads and highways in many parts of the state. Several BJP workers blocked the centre of the town of Thiruvalla.

Kerala BJP’s general secretary K Surendran was detained on Saturday evening at the Nilakkal base camp after he was stopped from heading to the hill-top shrine of Lord Ayyappa.

The police refused to allow K Surendran and his party workers and asked them to return. This led to a scuffle between the police and the BJP workers in Nilakkal, the base camp to Sabarimala. Surendran was later taken into protective custody as a “preventive measure” and shifted him to Chittar police station.

Surendran was produced before a magistrate on Sunday and remanded to 14-day judicial custody after he was charged with non-bailable offences.

Kerala had observed a 12-hour shutdown on Saturday against the arrest of a right-wing leader. KP Sasikala, the state president of Hindu Aikya Vedi.

The Sabarimala temple had opened on November 16 for the third time in a month for the two-month long pilgrim season. 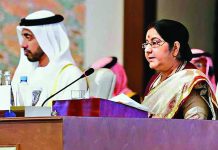 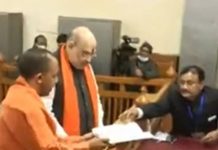