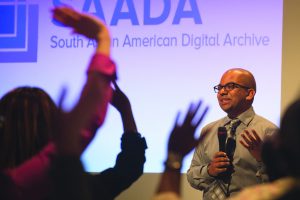 Meet Samip Mallick — Co-Founder and Executive Director of SAADA — the South Asian American Digital Archive, formerly, the Director of the Ranganathan Center for Digital Information at the University of Chicago Library, with an M.S. in Library and Information Sciences from the University of Illinois and a Bachelors degree in Computer Science from the University of Michigan College of Engineering. I encountered the South Asian American Digital Archive accidentally while searching for information on a pioneering Indian dancer who taught Indian dance to an early generation of Americans in America but is conspicuous by his absence in any accounts of Indian dance. The only image I found of this dancer was in the SAADA cachet. An email to its Director got me a prompt reply, and a chance to understand why Samip Mallick, a ‘born in America’ citizen of USA, thought of creating this archive.

“My parents immigrated to the US from India in the late 1960s, part of the initial wave of immigrants following the Immigration and Nationality Act of 1965. I was born in Michigan, in the suburbs of Detroit, and raised there for most of my childhood. I say most because we did move to Pune when I was 8 and lived there for two years. But, other than that time, most of my formative experiences were in the US” explains Mallick.

They say that you can take an Indian out of India but not India out of him. So was the case with Mallick. “Through my parents, I was always conscious of my South Asian identity. We would attend religious and cultural functions throughout the year and had many family friends from the community. What I was less aware of, however, was my South Asian American identity. And it was not until college that I became aware of it”.

Ancestry, identity and citizenship in the immigrant population of the American melting pot, occupies the consciousness of most Americans. Immigration, ever a hot topic in the United States, has been a seminal part of the historical and political discourse here, since the founding of the nation, making up an enormous part of the history and heritage of America. Tracing ancestry, ethnicity, genealogy through DNA testing is a big industry in USA occupying considerable media advertising space. Among one of the reasons for this, is to seek a sense of community.

“Realising, that South Asians had started arriving in the US in larger numbers beginning in the late 1800s and early 1900s and that South Asians were barred from US citizenship from 1923 to 1946 was completely new information to me” said Mallick, who was previously the Assistant Bibliographer for the Southern Asia Collection at the University of Chicago Library and has worked for the South Asia and International Migration Programs at the Social Science Research Council. “It made me begin to wonder why it was that I didn’t know these histories growing up here in the US. What I realized is that these stories, like those of so many other minoritized communities, have been overlooked and excluded. Our stories are not included in textbooks, they are not taught in classrooms, and they are not reflected in media”.

This realization and learning more about the South Asian American community and its history was transformative for him personally and helped him re-imagine his place in the mosaic of American society. Dr. Michelle Caswell, the other co-founder of SAADA, and Mallick worked together to create this organization from the ground up. “Together we had the right backgrounds to set up an archive. I have worked with technology and non profits and Michelle is now an Assistant Professor of Archival Studies at UCLA. The two of us shared a deep interest in the ways that archives can empower communities. In 2008 we created SAADA and for the last nine years the organization has been working to digitally document, preserve, and share stories of those in the US who trace their heritage to India, Pakistan, Bangladesh, Nepal, Sri Lanka, Bhutan, Maldives, and the many South Asian Diaspora communities around the globe,” explains Mallick.

So, it is not just people from South Asia but South Asian origin people from the large global diaspora that SAADA caters to, I asked. “Yes. This is a large and diverse community. In the US there are now more than 4.3 million individuals who trace their heritage to South Asia. And it is also a community with a very rich history, with a presence in the US going back more than one hundred and thirty years”.

SAADA’s digital archives now include more than 3,000 unique items, constituting rare historical photographs, letters, postcards, newspaper clippings, and ephemera. Over five lakh visitors from around the globe have visited the website over just the last three years. They also bring out an online magazine called ‘Tides’ that carries original articles by scholars of South Asian American studies. “We also include oral history interviews, videos, archived websites, and other born-digital materials”, explains Mallick proud about the variety of its cachet. What is more, each item in the archive is digitized according to preservation standards and has associated metadata so that it can be easily searched and browsed. “We know that the archive has been used extensively by scholars, students, journalists, artists, activists, and other members of the community,” said Mallick acknowledging the user base of the archive. “This archive is now, in fact, the largest publicly accessible collection of materials related to the experiences of South Asians in the US” he said with a justifiable sense of pride.

SAADA approaches its work with a creative and imaginative flair to ensure that it is netting multi-vocal histories. In addition to the archive of historical materials, they have also created other participatory digital storytelling initiatives that allow community members to submit their stories directly to the archive.

‘The First Days Project’, which we started four years ago, now includes more than 350 stories from immigrants and refugees about their first experiences in the country. ‘The Road Trips Project’, which we launched earlier this summer, includes photographs and stories from South Asians travelling across the country by road as a way to help us re-imagine the tradition of the American road trip. In both of these projects, community members can go to our website to see the stories that have been submitted and then directly upload their own” an acknowledgement of the fact that archives are in effect owned by people. “Our goal is for SAADA’s work to reflect the diversity of the South Asian American community itself. And in doing so, we want to ensure that stories from within the community that are often overlooked are also given the importance they deserve,” said Mallick.

SAADA is a community-based effort, and accordingly, the vast majority of its support comes from individual donors who believe in the importance of this work and contribute small amounts— $50 or $100 — to support it. “Over the last four years, more than 800 individuals, not all of them South Asian American, have supported SAADA through individual donations” claimed Mallick. “But we also have also received financial support from government agencies, such as the National Endowment for the Humanities, private foundations, such as the Pew Center for Arts & Heritage, and community-based funders, such as the Asian Mosaic Fund (in Philadelphia) and the Asian Giving Circle (in Chicago) in the past. Grants from these funders have allowed us to take on bigger and more ambitious projects.” For example, they recently completed a one-year discovery project, supported by the Pew Center for Arts & Heritage, titled ‘Where We Belong: Artists in the Archive’. “In this project, we partnered with five contemporary South Asian American artists from different artistic disciplines who engaged with SAADA’s archive to create new artistic works. These new works were presented to the public at a symposium in Philadelphia in April 2017 and also shared nationally through community gatherings in people’s homes on August 5, 2017, the fifth anniversary of the 2012 mass shooting at the Oak Creek Gurudwara in Wisconsin,” said Mallick. 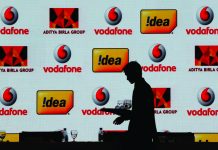