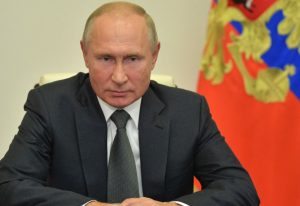 Russian President Vladimir Putin invited the foreign ministers of Armenia and Azerbaijan to take part in peace talks in Moscow on Friday.

Putin’s invitation came as fighting between Azerbaijan and Armenia that claimed hundreds of lives continued.

In a statement released by Kremlin, it said, “The foreign ministers of Azerbaijan and Armenia are being invited to Moscow on October 9. The President of Russia is issuing a call to halt the fighting in the Nagorno-Karabakh on humanitarian grounds in order to exchange dead bodies and prisoners.”

Earlier, Vladimir Putin in an interview with Rossiya 1 TV channel about the latest developments around Nagorno-Karabakh said, “it is a tragedy, and we are extremely concerned, because the people of Azerbaijan, Armenia and Nagorno-Karabakh are no strangers to us. Suffice it to say that some 2 million Azerbaijanis and over 2 million Armenians live in Russia, as far as we know. A large number of Russian citizens have close friends and even family members in both republics.”

Putin further said, “It is indeed a huge tragedy. People are dying; there have been many casualties on both sides. We hope that the conflict will stop very soon. Even if it is not settled definitively, and it seems that this is a long way off, in any case, we are calling for a ceasefire, and I want to say this once again. This must be done as soon as possible.”

“As you know, Armenia is a member of the Collective Security Treaty Organisation, and so we have certain obligations towards it under the treaty. It is deeply regrettable that the hostilities continue, but they are not taking place in the Armenian territory. As for meeting our obligations under this treaty, Russia has always honoured and will continue to honour its commitments. You should know that I maintain regular contact with the Prime Minister of Armenia, and the Armenian leadership has not voiced any questions about the fulfilment of Russia’s allied commitments,” Putin added. 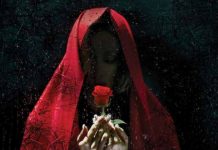