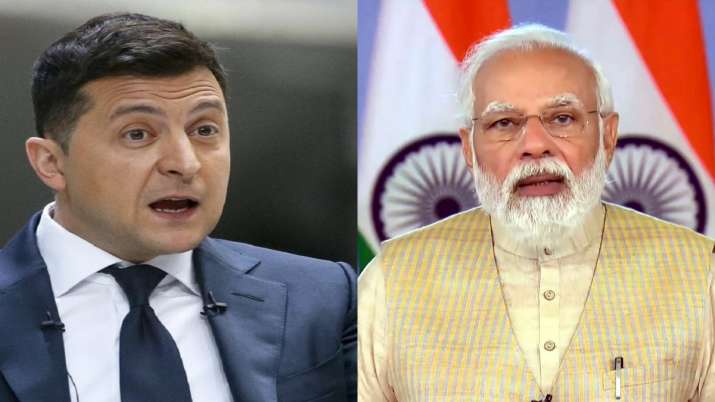 Prime Minister Narendra Modi spoke earlier today with his excellency President Volodymyr Zelenskyy of Ukraine. Modi’s expected talk with Zelenskyy comes amid India’s all out efforts to evacuate its nationals, mostly students, from the country facing an attack from Russia.

After an all-out war broke out between Russia and Ukraine on February 24, first time PM Modi spoke to Zelensky on February 26 and this is the second time Modi spoke with Zelenskyy since the war began.

Prime Minister reiterated his call for immediate cessation of violence and noted that India has always stood for peaceful resolution of issues and direct dialogue between the two parties.

PM Modi thanked Ukrainian authorities for their facilitation in evacuating more than 20000 Indian citizens from Ukraine. He expressed deep concern for the safety and security of Indian students still remaining in Ukraine and emphasized the need for their quick and safe evacuation.  Since the war broke out, PM Modi has held a series of meetings with high-level officials.

Moreover, since the past week under Operation Ganga more than 10000 Indian students have been evacuated from Ukraine.