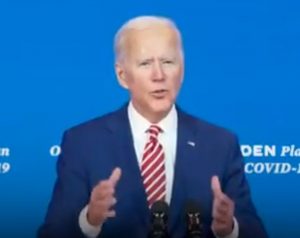 Democratic party presidential nominee and former vice-president Joe Biden in an interview said that the biggest security threat to America is Russia.

“I think the biggest threat to America in terms of breaking up our alliances and our security is Russia. Secondly, I think that the biggest competitor is China. Also depending on how we handle that will determine whether we are competitors or we end up being in a more serious competition relating to force, ” Biden said in an interview.

Earlier in the final round of the presidential debate, Donald Trump claimed that Biden had received $3.5 million from Russia. Trump also accused Biden’s son, Hunter, for allegedly maintaining the relations with Elena Baturina, wife of former Moscow Mayor Yuri Luzhkov.

Biden refuted the charges and had said that he never took a penny from foreign sources.