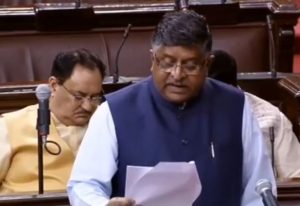 In wake of rise in incidents of mob lynching across the country Ravi Shankar Prasad, Union Minister of Electronics and Information Technology, on July 26 said that measures recently announced by WhatsApp to curb the menace of fake news are not adequate and the government wants them to come up with better technological solutions to filter the verified fake news and provocative messages.

While speaking on the issue of misuse of social media platform in the Parliament RS Prasad said, “They also plan to remove the forward button in case of video or audio message and they have informed that they will bring in fake news check mechanism. This is not adequate to meet the challenges. We have told them to come up with better technological solution so that misuse of the platform is avoided,”

He further added “Govt is committed to freedom of speech and privacy as enshrined in the constitution of India. The government does not regulate the content appearing on the social media. These social media though are required to follow due diligence as provided in section 79 of the IT Act 2000. They have also to follow Article 19(2) of the Constition and ensure that their platforms are not used to commit and provoke terrorism, extremism, violence and crime.”

“The government is cognizant that social media platforms are being used as vehicles of weaponization against India’s strategic interests, economic stability, etc, and the government is committed to take suitable action to deter this,’ the minister said in the Rajya Sabha.

While talking about the positive use of WhatsApp he said, “We should see both aspects. Social media is helping many students, small groups are exchanging information, farmers are using it. We need to introspect if you question the relevance of social media.” 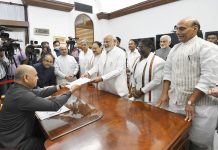 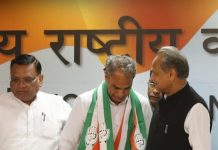