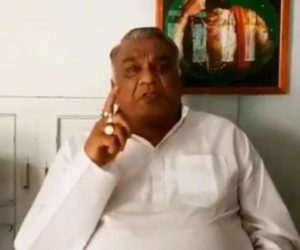 Congress leader and former Maharashtra minister Subodh Saoji announced a reward of Rs 5 lakh for anyone who “chops off the tongue” of Ram Kadam, Member of Legislative Assembly (MLA), Bharatiya Janata Party (BJP). Saoji was caught saying this in a video of an event at Buldhana in eastern Maharashtra on September 6.

Saoji reportedly said, “I am announcing a Rs 5 lakh reward for anyone who chops off BJP MLA Ram Kadam’s tongue. I strongly condemn him saying girls should be abducted.”

He added, “I strongly condemn his statement saying girls should be abducted (if they refuse a boy’s proposal). It is unbecoming of an MLA to say such things.”

Kadam during a “Dahi Handi” event at Ghatkopar, his assembly constituency in Mumbai, said, “You (youngsters) can meet me for any work. I will help, 100 per cent. Come (to me) with your parents. What will I do if parents approve? I will kidnap the girl concerned and hand her over to you (for marriage).”

Meanwhile, the Maharashtra State Commission for Women has issued notice to the BJP legislator Kadam for the deplorable comment.

Maharashtra BJP spokesperson Shaina commented, “There was a legislator from our own political party who was talking about how you can kidnap young girls and if you want to have a quick pass time ‘I will help you’ and it shocked me.” 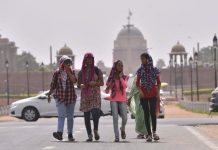