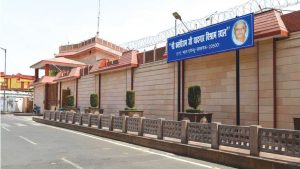 It was the Supreme Court which had on May 7 made a scathing judgement quashing a law giving lifetime use of bungalows, privileges and perks to former Chief Ministers. A Bench led by Justice Ranjan Gogoi axed the law, saying a former Chief Minister is only a commoner and not a “special class of citizen”. And now the minister Manish Tewari has triggered a public debate by asking why ministers across states are hankering after bigger bungalows and why MPs are getting government houses allotted in their constituencies even though they are not entitled to.

When Tewari tweeted that “As an MP and minister, I lived in my own apartment. Distressing to see ministers hankering after bigger bungalows, former ministers knocking the doors of courts to retain bungalows and MPs getting government bungalows allotted in their constituencies,” it led to a war of words on social media with most supporting the ex-minister.

It may be recalled that the apex court verdict was based on a petition filed by non-governmental organization Lok Prahari and the Supreme Court observed in its judgment that the Constitution recognizes only “one single class of citizens with one singular voice (vote)”. “A special class of citizens is abhorrent to the constitutional ethos,” the court had held.

The court had observed that “the Chief Minister, once he/she demits the office, is at par with the common citizen, though by virtue of the office held, he/she may be entitled to security and other protocols. But allotment of government bungalow, to be occupied during his/her lifetime, would not be guided by the constitutional principle of equality”.

“Bungalows constitute public property which by itself is scarce and meant for use of current holders of public offices”, the court had observed. It said it was necessary that public servants should act in a manner which reflected that “ultimate authority is vested in the citizens” and they were eventually accountable to the people.

The effect of the judgment became apparent within days of its pronouncement when Union Home Minister Rajnath Singh and Rajasthan Governor Kalyan Singh, who were earlier Uttar Pradesh Chief Ministers, informed the Estate Department that they would vacate their government bungalows shortly. For the record, Rajnath Singh and Kalyan Singh were among the six former Chief Ministers who have been asked by the Estate Department to vacate the bungalows within 15 days in pursuance of the Supreme Court’s order. However, in a bid to circumvent the order, the former Uttar Pradesh Chief Minister and BSP supremo Mayawati recently put up a signboard outside her official accommodation in Lucknow announcing that it was a memorial named after the party founder late Kanshiram. The judgment mentioned that States like Tamil Nadu have no provision for providing official accommodation to former Chief Ministers.

It is high time former chief ministers and MPs come clean and vacate government bungalows in line with the orders of the Supreme Court of India and advice tendered by one of their colleagues. Keeping official accommodation in Delhi alloted to them as members of Parliament and also availing government accomodation in their constituencies is not only unethical but also against the rule of law that is equal for all citizens.