For the first time, India was poised to grow faster than China and become the fastest-growing economy in the world. Then came the revenge of the Red Dragon, which tanked global stock markets and devalued several currencies. On Black Monday (24 August) — most market collapses happen on this day — stocks across continents fell like nine pins as they took their cue from Shanghai, whose index dropped by 8 percent. The story was the same in the US, Europe, Asia and Latin America.
Within six hours of trading, the Bombay Stock Exchange (BSE) Index went into a tail spin and fell by over 1,600 points, the largest single-day slump in seven years, as Indian investors lost their shirts worth over $100 billion. All the stocks that comprised the indices of the BSE and National Stock Exchange were in the red, and foreign investors vamoosed with almost a billion dollars in a single day. Global currencies, including the rupee, took a major beating.
Everyone blamed China for the boil. In the recent past, its growth has slowed down, debt has zoomed, and its bid to opt for multiple currency devaluations hasn’t worked. With one of the world’s largest economies in trouble, its big sneeze was bound to chill the world — and India. However, this is only a part of the story. India also suffered because of the economic travails in Europe, uncertainty about America’s future monetary policy, and its unique domestic problems.
This is really a tale about how a cold in China, fever in Europe, pain in the US, and a mix of dehydration and humidity in India decimated Indian stocks and currency. This is a narrative about how the globalised world wreaks havoc when things go wrong, and how India, unlike China, is the sufferer, despite her claim that she is on her way to become an economic superpower, like China. In short, this is a story about how a butterfly in Brazil can cause a Tsunami in Asian seas.
A tale of several nations
The China impact is simple to grasp. As it is one of the world’s largest manufacturer- consumer, an economic slowdown will lower demand for products that it imports and reduce supply of items that it exports. While the former will lead to price slumps, the latter to inflation. Thus, the continents that produce raw materials and intermediary goods, like Asia, Africa and Latin America, will earn less, and those that consume final products, like Europe, America and richer parts of Asia, are likely to spend more. In both cases, the result is the same: pressure on foreign exchange assets.
In the end, it will impact the Current Account Deficit (CAD), i.e. the difference between a nation’s foreign earnings and expenditure, of most nations. India is no exception; it is both an exporter to China and importer of Chinese goods. The advantage that India, like other nations, enjoys is due to the slump in global crude prices. Being an importer of crude, this will reduce her expenditure by a considerable proportion. Also, the decrease in other commodity prices will benefit her.
To save its economy, China resorted to several devaluations of the Yuan, its currency. The idea: a less strong currency will boost exports and lead to higher growth. The logic: to give an Indian example, a few months ago an exporter who sold his product for 60 would earn $1, when the rupee-dollar exchange rate was $1 equals 60. Now that the exchange rate has devalued to $1: 66.65, his product is still worth 60, but he gets 90 cents for it, a reduction of 10 percent in income.
Experts feel that the Yuan’s devaluation can kick-start a race among nations to adopt the same strategy to boost their exports and prevent a flood of Chinese imports. The idea for the latter: like devaluation boosts a nation’s exports, it makes imports into the country expensive. The logic: a few months ago, if an imported product cost $1 or 60, it would still be priced today at $1, but will cost 66.65. Such a scenario makes foreign investors flee a nation because of the currency uncertainty.
Add to this scenario the fact that despite the Greece bailout, Europe is not out of the woods. Although European Union leaders have maintained that there are no chances of a contagion effect, there are several question marks over the economic futures of Greece, Spain and Portugal. This adds to the nervousness of global investors, who flee at the first signs of trouble.
Then there is the American dream or rather its nightmare. Everyone expects interest rates in the US to go up in the near future. This will mean that the returns from domestic investment will go up. If the risks in other markets, especially in emerging markets like India, rise or remain the same, foreign investors are likely to move their money elsewhere and seek a safe haven in the US. It is finally about the risk-return equation. Anyway, investors have lost money in emerging markets this year; however, their losses in Indian stocks are less than in others markets. 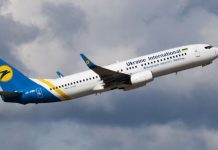