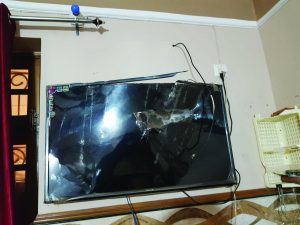 A peaceful protest in Bajradi Kshetra, Varanasi, in mid December 2019, against the contentious Citizenship (Amendment) Act (CAA), 2019, turned into a hostile situation with many protestors arrested, and many dead in police firings. As the police charged on the unarmed protestors, firing tear gas and shells, the terrified crowd went haywire, with everyone running to save their lives. This stampede-like situation led to the death of a minor, 8-year-old Mohammad Sageer, who had nothing to do with the protest.

On the same day in Muzaffarnagar, the police barged into the Sadaat Orphanage looking for protesters and when they couldn’t find one, they took the students and the principal, Maulana Asad Raza Hussani, into custody. As many as 38 young boys from the orphanage were stripped naked and beaten mercilessly. The boys were forced to chant slogans like “Jai Shri Ram”, “UP Police Zindabad” and reportedly forced to mock Prophet Mohammad.

In Meerut, a 58-year-old woman went missing with her son soon after she was released from the police’s confinement. On 20 December, 2019, she was picked up by the Uttar Pradesh police, on the charge of her son being involved in rioting and since the police couldn’t find him, she was the soft target. The police beat her mercilessly. She was released only after the community pressurised the administration.

This pattern of police brutality in different forms on the Muslim community remained consistent in scale across as many as 15 cities of Uttar Pradesh on the fateful day of 20 December, 2019. Section 144 of the CrPc was imposed and internet services are still under suspension in many areas. It was the day of Jummah (Friday prayers). Many people after the prayers gathered to hold a march against the CAA and NRC (National Register of Citizens) in Meerut, Muzaffarnagar, Aligarh, Bijnor, Firozabad, Saharanpur, Bhadohi, Gorakhpur, Kanpur, Lucknow, Mau, Varanasi, Faizabad, Sambhal and Shamali.

So far, the Uttar Pradesh police has registered 327 cases against 1,113 people and have held 5,558 people under preventive detention.

To establish the facts and investigate the ground reality, a fact-finding team of over 30 students visited the violence-affected areas of Uttar Pradesh, between 14-19 January, 2020. A report titled ‘Lawless Uttar Pradesh,’ released by the team talks about police brutality and failure of the administration in Uttar Pradesh in ensuring justice and security to a specific community in December 2019, after their demonstrations against NRC/CAA. 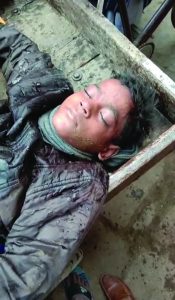 Some of the shocking information revealing the torture and misuse of power by the guardians of law and order in the report are: (1) “FIR has been filed on thousands of random people across UP under un-named list and police is using this as a tool to extort money from them.”…(2) “Families of deceased were not allowed to take dead bodies back to their home and were forced to bury them within hours under police surveillance and they were instructed not to wait for the family members and other relatives.”…(3) “Police also created a false narrative that people who were injured or killed were either involved in gang war between Muslim communities or were injured/killed by protesters themselves. Moreover, police denied to file FIR for the deaths claiming that they did not shoot anyone…”

The report also revealed the situation in Nagina, Bijnor, where the highest number of arrests, including that of minors, were reported. “A total of 121 people were detained by the police including 38 minors. Not a single incident of arson was recorded there. The arrested minors were not sent to jail, they were kept in police lines Bijnor for two days where they were repeatedly beaten up. A 17-year-old boy was left with a broken leg because of police torture and many of them are still unable to walk properly. After torturing them for two days, the police released the 38 minor boys after confirming their age with their Aadhar cards and sent the remaining 83 people to the district jail,” says the report.

In another shocking incident from Firozabad, 28-year-old differently abled Rashid lost his life because of the police brutality, even when he had no involvement in the anti-CAA protests. Rashid, who was handicapped, used to earn his living by serving tea and water in a bangle factory. On the evening of 20 December, 2019, Rashid was shot in the head by UP police while he was on his way back to home from the factory. Rashid’s 4-year-old daughter had nobody besides him.

When the 4-year-old daughter grows up, will she be able to trust the same state who made her an orphan? This is the question the state machinery has to be held accountable for.

Speaking with the Tehelka, Akash, a member of the fact-finding team, said, “Rashid’s family had no clue about his whereabouts until 7:30 pm, when the Firozabad police broke the news about his death. The family was shocked. We learnt that the police, under their observation, forced the family to bury his body by midnight without informing anyone. Nobody even knows whether the post-mortem was conducted or not.”

Tehelka sent an email to Uttar Pradesh Chief Minister Yogi Adityanath and Director General of Police (DGP) seeking responses on the matter but couldn’t get one at the time of filing the story. One official from the Chief Minister’s office told this reporter, “If you don’t receive any response from here, consider your questions rejected by the CM.”

Before all of this happened, Yogi Adityanath had triggered the war in the state when on 19 December, 2019, he pledged to take “revenge” against those involved in the violence and damage of properties during the anti-CAA protests.

“They have been captured in video and CCTV footage. We will take ‘badla’ (revenge) on them,” tweeted the CM.

On the following day, chaos broke out in the state with the Uttar Pradesh police going berserk on the unarmed protestors, detaining over a thousand people including minors on the the basis of rioting and damaging properties.

How the fact finding team was formed?

Akash Pandey, a Hindi journalism student of Indian Institute of Mass Communication along with few other friends from Banaras Hindu University, Delhi University, Jawaharlal Nehru University, etc. were sitting on the ghat of Ganga in Varanasi when they all decided to bring a ground report from the interiors of Uttar Pradesh where the violence took place. Almost a hundred universities supported them in the making of the report: “Lawless Uttar Pradesh — A Student’s Report on Police Brutality and Aftermath.” The report is based on the evidence collected from the 15 violence affected areas by the team between 14-19 January, 2020.

“We were equally in grief and anger by the news of police brutality in Uttar Pradesh and the torture these poor people had to go through. So many lost their loved ones, some lost their only heir and only financial provider of the house. If we could feel so much pain about something which did not happen with us, imagine the level of bearing it has on the people who had faced it,” said Avinash Ojha, another member and student of Jawaharlal Nehru University.

“We wanted to show our solidarity and tell them that the non-muslim citizens equally stood with them in their support….Well, what is sad is that the responsibility to investigate and bring an unbiased report was of the media not us, since the local media turned out to be against these poor people, playing a communal card, we had no choice but to visit ourselves,” said Akash.

Sharing the stories from Muzaffarnagar, Delhi University student Roshan Pandey, says, “In Muzaffarnagar, we saw exactly the similar pattern where the media and state have made a narrative of Hindu Vs Muslims and that all Hindus support the new legislation on citizenship and only the Muslims are against the CAA, creating ruckus in the state.”

In a compilation of videos released by the team, it becomes clear that the Uttar Pradesh police were responsible and involved in damaging properties of many families, targeting the Muslim families and making communal slurs against them. There are even cases where state police is demanding extortion from these poor families, forcing them to write letters stating that their sons were involved in rioting and the damages of properties were by the mob and not the police.

What is the situation now?

As the members told Tehelka, it’s been more than one month now and many people are still languishing in the district jails as the state police are failing to submit case diaries during the hearing dates. Very few people have been released on 2-3 January. The government hospitals had refused to treat the injured; many injured people are themselves refusing to visit hospitals or step out of the houses fearing loss of life or torture again at the hands of the state police. The local businesses and economic activities have been crippled in the parts of Uttar Pradesh as the violence has led to temporary closure of karkhanas since many Muslims fear of stepping out of their homes.

For example, Firozabad is known for bangle work, where most labourers are from these poor Muslim families and same for Meerut, which is known for handloom work. The police terror has left an indelible impact on the psyche of the poor Muslims here, who continue to remain confined to their homes. The brutal crackdown on the protestors means the Yogi government will be unaccepting of any criticism of any government policy in the state, which is a cause of concern. 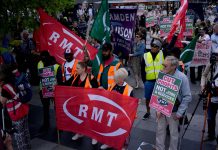 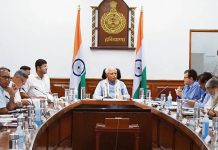