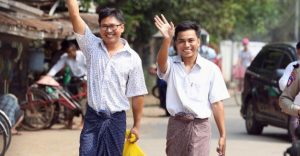 Two Reuters journalists imprisoned in Myanmar after they were convicted of breaking the Official Secrets Act have been pardoned and released from prison on Tuesday after spending more than 500 days behind bars.

The two reporters, Wa Lone, 33, and Kyaw Soe Oo, 29, had been convicted in September and sentenced to imprisonment for allegedly breaking the colonial-era Official Secrets Act.

Thousands of other prisoners have been pardoned by President Win Myint in mass amnesties since last month.

As per the Reuters, the two men did not commit any crime and had called for their release.

Before their arrest in December 2017, the two reporters were working on an investigation into the killing of 10 Rohingya Muslims in Myanmar’s Rakhine state during an Army crackdown in 2017.

Wa Lone and Kyaw Soe Oo, had continuously maintained their innocence and stated they were set up by the police who planted official papers on them at a meeting.

In April top court of Myanmar rejected their appeals. A policeman had earlier told the court that he had been instructed to set up the sting operation, the pair were sentenced to seven years in prison. 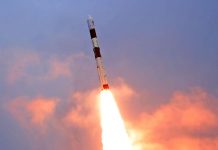